You are here: Home / Crime / The Seedy Lawyer in the Prince Edward Tale

As if Prince Edward doesn’t have enough problems without his accuser being linked to imprisoned lawyer Scott Rothstein, an associate of whom is representing Virginia Roberts, who claims she was abused by the Prince.

‘Ciao, ciao – Money never sleeps, Mother******s!’ is hardly the kind of email sign-off normally associated with a conservative, respectable lawyer. But Scott W. Rothstein was far from that.

The flamboyant, brash, and utterly crooked Florida attorney once represented Virginia Roberts – who claims she was abused by Prince Andrew when she was the under-age ‘sex slave’ of billionaire financier Jeffrey Epstein.

Now Rothstein is serving a 50-year prison sentence for racketeering and fraud after he used Ms Roberts’ case, along with some other genuine lawsuits and many more completely fictional ones, as part of a complicated £800 million ‘Ponzi’ fraud, in which he fleeced rich investors. 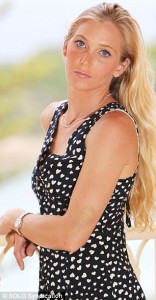 For some, the connection to 52-year-old Mr Rothstein, who reputedly had links with the Israeli mafia, casts a murky shadow over the Epstein case and the myriad civil lawsuits in its wake.

For this, after all, is the USA, where ambulance-chasing lawyers abound, with cheesy advertisements dominating local television breaks and highway billboards.

In the case of Rothstein, his addiction to money soon overtook his duty to the law and he took advantage of the hype surrounding the lucrative lawsuits against Epstein to develop a secondary industry supposedly based on the settlements themselves.

It soon emerged that Rothstein had lured hordes of wealthy investors into his scheme using his firm’s involvement in the high-profile Epstein case as ‘bait’, along with other lawsuits he had quite simply made up. Rothstein would tell investors that he was representing numerous underage girls who had been abused by Palm Beach billionaire Epstein. But Rothstein exaggerated the size of the settlements, and fabricated many other legal cases involving sexual harassment and corporate whistleblowing.