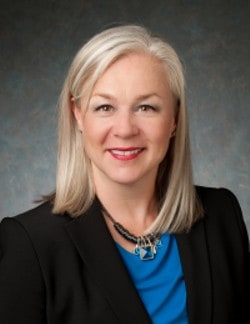 A former senior lawyer with Lathrop & Gage, Allison Bergman, was disciplined by the Missouri Supreme Court for having a relationship that was “at times . . romantic and sexual” with a client.

Ms Bergman’s suspension was stayed with a probationary period of two years.

She has been a member of the firm’s executive committee, having made partner in 2005.

After one year at Lathrop, Bergman began performing work for Kansas City Terminal Railway (KCT), a client the firm had represented for nearly a century. In 2003, Bergman was appointed to serve as KCT’s assistant general counsel.

Later, in 2007, she was appointed to serve as outside general counsel of KCT, and in that role, Bergman was “responsible for overseeing all legal services needed by KCT,” which apparently included allowing KCT’s former president, Chuck Mader, to get into her “briefs.”

What was unknown to both Lathrop & Gage and KCT’s board of directors was that Bergman and Mader had been romantically involved since 2002. Also unknown was that Bergman had been performing legal work on Mader’s external businesses, some of which directly conflicted with her representation of KCT. Here’s a written admission that Bergman submitted at her disciplinary hearing:

AbovetheLaw report that KCT began an internal investigation in 2012, and fired both Mader and Bergman at the same time. KCT also terminated its 100-year-old attorney/client relationship with Lathrop & Gage, meaning the firm would be losing, on average, $400,000 a year thanks to Bergman’s romantic and sexual indiscretions.

Why did Missouri’s high court so leniently decide to stay Bergman’s suspension? Here’s a summary of her lawyer’s arguments from the Kansas City Star:

The court summary said [Mader and Bergman’s] relationship began in 2002, which was before her role as outside general counsel and Mader’s employment at the railway company. [Chip] Robertson, in representing Bergman, argued that it also predated by at least five years the effective date of the rules she was charged with violating.

Robertson also argued that Bergman disclosed their relationship to the company’s president, William Somervell, whom Mader ultimately succeeded, and that another officer and a board member were aware of it.

Bergman, Robertson argued, further saw Somervell as the senior representative of her corporate client and felt her legal duties were to the company, not its board, executives or other constituents.

According to the Am Law Daily, as conditions of her probation, Bergman must send quarterly reports to her probation monitor and attend an ethics program. 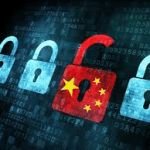 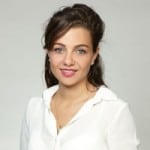