You are here: Home / Briefs / Briefings / Shareholder Activism on Climate Is Only Going to Increase 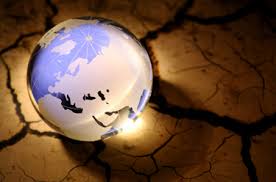 While EPA continues to go backwards on climate, evidence continues to mount that investors are only going to get more aggressive. There were two developments worth noting this month.

First, Bloomberg Markets reported that BlackRock, which seems increasingly willing to put its mouth where its money is, has sent letters to 120 companies, telling them to report climate risks in a manner consistent with the Financial Stability Board’s Task Force on Climate-related Financial Disclosures. We had previously noted BlackRock’s new willingness to vote in favor of shareholder resolutions about climate reporting.

Second, the group of investors known as the Climate Action 100+ is going to start assessing how large emitters of GHG are doing in reducing emissions. Bloomberg Environment refers to this as an effort to “Shame Top Carbon Emitters.” Time will tell whether this effect succeeds.

Regardless of whether corporations can feel shame, there is little doubt that efforts such as these are going to continue. Shame aside, the real question is whether private efforts to make corporations internalize the costs of carbon pollution can really work in the absence of government regulations.