Mr. Gal was most recently a partner at a U.S.-based international law firm, where he led its London international arbitration practice. He has extensive experience in commercial arbitration and investment treaty disputes and litigation, and has particular capabilities in complex multi-jurisdictional disputes in growth markets, including the Middle East, Russia, Turkey and Latin America. He has represented some of the world’s leading companies in sectors such as telecommunications, mining, energy, construction, technology, banking and finance.

Chambers UK 2015 cites sources describing Mr. Gal as an “outstanding tactician” who is “determined in pursuing and protecting the client’s interests”. Chambers Global 2014 listed him for his international arbitration work in Latin America and his dispute resolution practice in both Russia and the UK, and named him an “Expert Based Abroad” for his dispute resolution experience in Brazil. He was also ranked in the 2014 edition of Chambers Latin America, which noted his work in the energy sector. He attended Macquarie University and the University of Oxford and is qualified to practise in England & Wales, and New South Wales, Australia.

The London International Litigation and Arbitration team, led by global co-heads Karyl Nairn QC and David Kavanagh, is ranked in tier one by both Chambers UK and The Legal 500, and is currently handling a global portfolio of arbitration matters with a combined value in excess of $100 billion. Current and recent matters include advising South Sudan in ICSID arbitration proceedings concerning the ownership of oil field interests valued by the claimant at more than US$1 billion; Global Telecom in a multi-billion dollar investment treaty dispute against Algeria concerning the treatment of its subsidiary Djezzy (the largest mobile phone operator in that country); and United Capital Partners Group on parallel arbitration and multijurisdictional litigation proceedings relating to interests in VKontakte, Russia’s largest social and online networking service.

“Daniel is a fantastic lawyer with first-class experience in investment treaty and commercial arbitration, as well as complex multi-jurisdictional litigation,” Ms. Nairn said. “He will add further depth to our ability to advise clients in the most challenging litigation and arbitration matters.”

Skadden’s London office head Pranav Trivedi said, “Daniel is our second major addition to the European disputes practice in as many months, having been joined by partner Anke Sessler in Frankfurt. We very much look forward to welcoming him to the firm.”

Mr. Gal added, “I am very excited to be joining Skadden, and look forward to contributing to the firm’s ongoing success.” 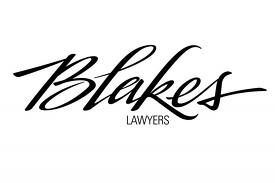 Asia Pacific, 22 February 2013 – Research by the Economist Corporate Network (ECN) and sponsored by Baker & McKenzie suggests that global companies are…