LawFuel.com – The firm mourns the death of our partner and friend Harold F. Moore, 67. As the founder and longtime leader of our project finance practice, Hal played an important role in our development as an international firm, representing underwriters, banks, borrowers, issuers and project sponsors in major matters across the globe.

Hal joined Skadden in 1989 and was promoted to partner the following year. In his two and a half decades with the firm, he led more than 160 project and corporate financings, representing clients such as Chase Manhattan Bank, CEMEX, Edison Mission Energy, Exxon Mobil, Goldman Sachs, Morgan Stanley, NextEra Energy, Qatar National Bank and the U.S. Department of Energy. IFLR1000 described Hal as “a walking legend — very pragmatic but a huge intellect.” His numerous honors included being named one of the “Best of the Best” (Institutional Investor) and among the “Best 20 Lawyers in the World” (Commercial Lawyer).

By the time Hal joined the firm, he had already had an extraordinary career. He received his Ph.D. from Fordham University at the age of 23, then joined the faculty at Notre Dame, where he taught political philosophy, ethics and philosophy of law for a decade. Hal graduated from Notre Dame Law School in 1980. He began teaching at Fordham School of Law in 2001. An enormously popular professor known for his real-world “legal war stories,” Hal continued to teach two courses, International Project Finance and International Business Transactions, through December 2014.

Hal was an extraordinary attorney; his depth of knowledge and intellect were unparalleled. His affable nature also made him an exceptional colleague and a mentor to many of our attorneys. Hal inspired trust and confidence in clients and colleagues alike.

Hal will be deeply missed by his colleagues at the firm. We extend our condolences to his family, including his wife, Mary Ann, and his daughters, Melissa and Jennifer. 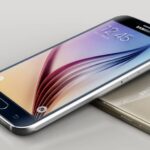