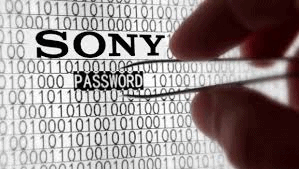 The Sony email hacks, which have been released in a WikiLeaks database, shows a variety of interesting reads between Sony’s inhouse counsel and outside attorneys, as well as issues ranging from legal fees to conflict waivers.

Hacker-in-Chief Julian Assange pronounced “This archive shows the inner workings of an influential multinational corporation,” said a statement by WikiLeaks editor-in-chief Julian Assange, who for the past three years has been confined to the Ecuadorean embassy in London. “It is newsworthy and at the center of a geopolitical conflict. It belongs in the public domain. WikiLeaks will ensure it stays there.”

“Despite its purported committment to free speech, WikiLeak’s conduct rewards a totalitarian regime seeking to silence dissident speech, and imposes disincentives on entities such as SPE who depend on trade secrets, confidential information and protection of intellectual property to exercise their First Amendment rights every day.”

Sony Themselves came out strong, understandably, saying “The cyberattack on Sony Pictures was a malicious criminal act, and we strongly condemn the indexing of stolen employee and other private and privileged information on WikiLeaks,” said a statement by a Sony spokesman. “The attackers used the dissemination of stolen information to try to harm SPE and its employees, and now WikiLeaks regrettably is assisting them in that effort. We vehemently disagree with WikiLeaks’ assertion that this material belongs in the public domain and will continue to fight for the safety, security and privacy of our company and its more than 6,000 employees.”

The American Lawyer reports that Sony has also retained Wilmer Cutler Pickering Hale and Dorr to handle shareholder class actions filed against the company in the wake of last year’s cyberattack, which some security firms skeptical of the North Korea narrative have publicly pinned on corporate insiders or nationals from other countries.

The Am Law Daily combed through thousands of emails released by WikiLeaks covering the period between late 2013 and late 2014 to glean Sony’s interactions with its outside lawyers and find out which Am Law 100 and Global 100 firms have been getting work from one of the world’s largest media companies. The emails show which firms were considered for certain assignments, who they beat out for the work and how outside lawyers go about seeking work from their in-house counterparts.

Those questions are a central focus of The American Lawyer’s mission: the business of law.