It’s an age of the ‘startup’, the transformational, entrepreneurial success story (we hope) company that lawyers an help develop into the potential the investors see in their Big Idea.

But what can lawyers do to actually help startups?

So let’s say you have signed a letter of intent to help the startup and you want to add maximum value. The pressure is one because these guys don’t wait around. The cruel fact is often that the startup will go with the law firm who introduces the company to an investor. 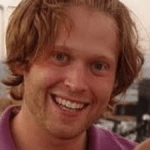 Zach Abramowitz, himself an entrepreneur with ReplyAll and a former Big Law associate, wrote a piece in AbovetheLaw about how law firms can add that value, making the perhaps obvious but disturbing news (for lawyers) that most startup would list law firms last on their list of ‘must haves’ when coming to get their businesses going.

Remember that a lot of the work the startup lawyer actually performs may not be strictly law-related at all. Your job, though, is to add value nevertheless, as Abramowitz notes.

The key to adding value is to first understand that most talented founders might not be very good at startups. Paul Graham, founder of the Y Combinator, tells the story of Mark Zuckerberg being such a startup newb that he made the rookie mistake of founding Facebook as a Florida LLC, rather than a Delaware C-Corp. Why, then, was Zuckerberg so successful if he sucked at startups? Because, according to Graham, he was an expert in the only thing that really mattered: his users.

I don’t pretend to know every startup founder, but the good ones I know are absolute experts in what their users want or need. But so many founders haven’t got a clue when it comes to how to raise money. Parker Conrad, the founder of Zenefits — a company that has raised a jaw-dropping $83 million in funding — has openly confessed that he is not a very good fundraiser.

The problem is that, for startups, cash is king, queen, and whoever the king is shtupping on the side. But here’s where you as a lawyer can step in. Your role is to make connections between founders and investors and help them raise money. This is markedly different than the role of a traditional corporate lawyer. I asked a senior partner at Schulte, where we specialized in hedge funds and PE funds, if he had ever introduced fund managers to prospective LPs, and the answer was no.

But the VC industry still relies on lawyers to introduce founders to investors. It’s silly, but it’s the way things are done. If you’re going to work with startups, you’re going to need a Rolodex of investors, otherwise your clients will find a lawyer who has better contacts.

And, even if your startup clients do have traction, before making any introductions, make sure that your clients have the documents that investors will require. This isn’t only a term sheet, it’s a one-page executive summary and a 10-15 page pitch deck.

A great pitch deck, no matter how pretty, doesn’t close a deal for anyone — but, if the deck does not look right, investors will lose trust because, even though no investor will admit it, they will not fund a wet-behind-the-ears rookie. I once met an investor at a conference and, after hearing our pitch, he gave me his personal email and told me to follow up same day with a deck; this is usually a good sign. I sent him our deck, which, at the time, was a mess, and he quickly soured on us.

So, the same way corporate lawyers collect precedents from all their previous deals, you, as a startup lawyer should, at any given time, be in possession of no less than 10 recent pitch decks and executive summaries from companies who successfully raised capital within the last year. Once they’ve finished raising money, many startups will share these documents with you.