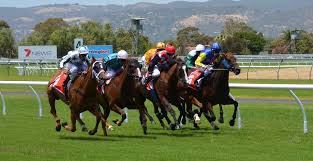 The Supreme Court’s forthcoming decision in Christie v. National Collegiate Athletic Association (Nos. 16-476, 16-477) will have profound implications for sports betting in the United States and will potentially open the door to such betting in tribal casinos across the country.

The case presents New Jersey’s challenge to the constitutionality of the Professional and Amateur Sports Protection Act (“PASPA”), a federal law enacted in 1992 to prohibit states and tribes from sponsoring or authorizing any form of sports wagering, while grandfathering the handful of states that allowed such gaming at the time of PASPA’s enactment. Several news outlets and legal commentators have noted that the Court appeared skeptical of PASPA’s constitutionality at the December 4, 2017, oral argument, and many states have taken steps in anticipation that the Court will hold PASPA unconstitutional.

Since the oral argument, online betting markets on the decision have given New Jersey more than an 80 percent chance of prevailing. This alert analyzes the implications for tribal casinos if the Court strikes down PASPA.

At the outset, it is important to note that the Court’s ruling would simply restore to states and tribes the authority that PASPA had taken away from them, but would not actually authorize sports betting anywhere in the country.

Any tribal sports-betting operation would be governed by the Indian Gaming Regulatory Act (“IGRA”), the 1988 federal law that governs tribal gaming. As discussed below, however, there are a number of important issues that remain unsettledunder IGRA—and a renewed interest in sports betting could engender litigation to resolve them/