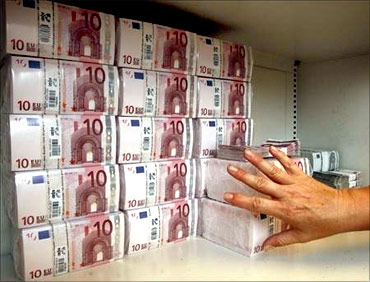 Preet Bharara, the United States Attorney for the Southern District of New York, and Toni Weirauch, the Special Agent-in-Charge of the New York Field Office of the Internal Revenue Service, Criminal Investigation (“IRS-CI”), announced the indictment today of PETER AMREIN, an asset manager at a Swiss asset management firm who assisted U.S. taxpayer- clients and others in hiding millions of dollars in offshore accounts from the IRS and evading U.S. taxes on the income earned in those accounts.

Manhattan U.S. Attorney Preet Bharara said: “As alleged, from his post in Switzerland, Peter Amrein aided and abetted U.S. taxpayers in their efforts to skirt the tax code and conceal their assets in offshore accounts.  As today’s charges make clear, tax evasion is a serious offense. This Office is committed to prosecuting individuals, both U.S. citizens and non-citizens like Amrein, who engage in this illicit conduct.”

IRS Special Agent-in-Charge Weirauch said: “Offshore tax enforcement remains a top priority for the Internal Revenue Service.  Individuals who choose to hide income outside of the United States, as well as those who assist them in hiding their assets, expose themselves to a variety of criminal charges and severe penalties.  As we continue to gain access to more and more information about individuals involved in offshore tax evasion, potential violators can expect us to use all of our enforcement tools to stop this abuse.”

According to the allegations contained in the Indictment, which was unsealed today in
Manhattan federal court, as well as other court documents previously filed:

AMREIN worked as a client adviser at a Swiss bank (“Swiss Bank No. 3) and, later, as an asset manager at a Swiss asset management firm (the “Swiss Asset Management Firm”). In those roles, between 1998 and 2012, AMREIN helped U.S. taxpayers evade taxes and hide millions of dollars in undeclared accounts at various Swiss banks, including, among others,
Wegelin & Co. (“Wegelin”), which previously pled guilty in Manhattan federal court for conspiring with U.S. taxpayers to evade taxes.

In 1998, AMREIN began to work with Edgar Paltzer, a Zurich-based attorney, in the management of undeclared accounts for a number of U.S. taxpayers (collectively, the “Amrein/Paltzer Clients”).  Paltzer has previously pled guilty in the Southern District of New York to conspiring to help U.S. taxpayers evade taxes.  AMREIN requested that Paltzer establish sham foundations, organized under the laws of non-U.S. countries, such as Liechtenstein, so that the assets of the Amrein/Paltzer Clients could be maintained in accounts held in the names of these foreign foundations rather than in the names of the clients themselves.  AMREIN made this request in order to help clients conceal their ownership of these undeclared accounts from the IRS.

Thereafter, in 2009, AMREIN opened undeclared accounts for the Amrein/Paltzer Clients at Swiss Bank No. 1 in the name of sham foundations and transferred his clients’ assets from Swiss Bank No. 4 to these accounts at Swiss Bank No. 1.  For some of these clients, AMREIN, with Paltzer’s assistance, helped send funds back to the United States and to other foreign jurisdictions in ways that were designed to prevent U.S. authorities from discovering the
existence of the clients’ undeclared accounts.  For instance, AMREIN and Paltzer instructed a client adviser at Swiss Bank No. 1 to empty one of the accounts by sending checks in amounts smaller than $9,900 to the beneficial owner of the account, i.e., the U.S. taxpayer.  On another occasion, AMREIN and Paltzer instructed the same client adviser to transfer the balance of one of the accounts, which was then valued at over $2.4 million, to another account controlled by the U.S. taxpayer in Belize City, Belize.

*                *                *
AMREIN, 52, a Swiss citizen, resides in Switzerland and has not been arrested. AMREIN is charged with one count of conspiracy to defraud the United States and the
IRS, and faces a maximum sentence of five years in prison, a maximum term of three years of supervised release, and a fine of the greatest of $250,000, twice the gross pecuniary gain derived from the offense, or twice the gross pecuniary loss to the victims.
Mr. Bharara praised the outstanding efforts of IRS-CI in the investigation, which he noted is ongoing.  He also thanked the Department of Justice’s Tax Division for their significant assistance in the investigation.

This case is being handled by the Office’s Complex Frauds Unit.  Assistant U.S. Attorneys Sarah E. Paul, Jason H. Cowley, and Jared Lenow are in charge of the prosecution.

The charge and allegations contained in the Indictment are merely accusations, and the defendant is presumed innocent unless and until proven guilty. 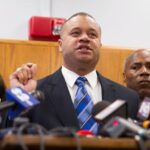