You are here: Home / Latest News / Dear Mr President . . A Letter from a Lawyer

In Syria, your proposed “mini-strike,” if I may call it that way, is of no real consequence in the grand scheme of the war because it will not dismantle Assad’s chemical capabilities. Therefore, the only endgame ought to be to end the conflict in Syria. That should be the strategy. 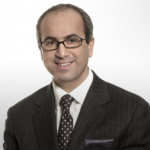 So says lawyer Ben Hanuka in a Huffington Post piece to the president, dissuading Obama from launching an attack on Syria on the “red herring” basis of the use of chemical weapons.   Hanuka is a Canadian lawyer with an Israeli background.  He’s bringing multiple perspectives to bear on a tough call.

I wish to offer to you the humble perspective of a concerned lawyer about your proposed targeted military action in Syria. Your professional career is, after all, rooted in the practice of law. While you are arguably one of the brightest intellectuals to hold the presidency of the United States in recent memory, sometimes colleagues, particularly those in the trenches, may offer a differ angle. So, with your permission — I am writing this letter to you as one lawyer to another.
[wp_ad_camp_3]
Lawyers like to plan and contemplate. We like strategy and clearly defined objectives. I was astounded at how little your British counterpart, Prime Minister Cameron, a world leader in his own right, has considered about the proposed military action in Syria. His fellow UK Parliamentarians had a field day with him. At least he was honest about how little he really knew.

Before we delve into those embarrassing answers, here is the gist of my humble advice to you, Mr. President: Stop fixating over the use of chemical weapons and look at ending the civil war in Syria. Military experts seem to agree that the proposed military strike will not dismantle Assad’s extensive chemical capabilities. The chemical weapons issue is a “red herring.” You must not lose the forest for the trees. You have an opportunity to deal with this conflict on a much deeper and broader basis. Please do not waste this opportunity. And do not let Assad get the better of you.

The U.S. government’s so-called moral issue per se cannot be the real issue. If that were the case, the U.S. would have intervened a long time ago, in many countries and places. The truth is that there is a different play here, one that the U.S. government feels is important to the interests of the American people. It is to deter the use of chemical weapons or other weapons of mass destruction by terrorists worldwide. I get it. We all get it. This part is not controversial. But trying to send a message to terrorists around the world in the context of the Syrian conflict, which comes bundled with broad regional issues, makes little or no sense.