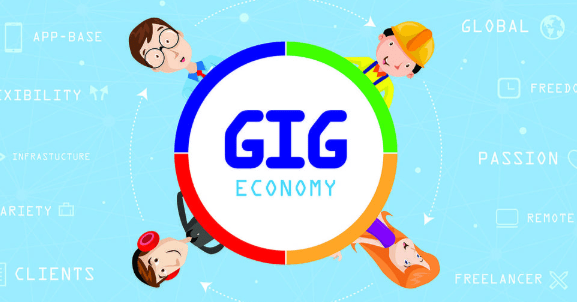 The gig economy is a quickly developing labour market, defined by short-term contracts or freelance work. Workers in a gig economy get paid for the “gigs” they do, such as a food delivery or a car journey as opposed to a regular salary or wage. In the UK alone, 2.8 million people are estimated to work in the gig economy and its worth is projected to increase from an estimated £0.4bn in 2015 to £9bn by 2025.

In response to concerns of worker exploitation, in 2017 the UK Government launched an enquiry into the future of the world of work and workers’ rights. Working conditions at a number of high profile UK companies, including Uber, Deliveroo and Amazon are being scrutinised following challenges by gig workers to their status as independent contractors. The enquiry has brought issues of work and workers’ rights to the fore, both in the UK and globally.

As the gig economy gains momentum and local businesses start to employ individuals on short term contracts (‘gigs’), the issue will undoubtedly arise in New Zealand. We already know it’s on the Government’s radar – in 2017 Labour proposed a third category of worker, the “dependant contractor”, to address the lack of minimum entitlements for certain categories of contractors.

There have been eight cases in the US and UK since 2017 which centre on whether businesses operating a gig economy workforce are correctly classifying their workers as independent contractors. Of these eight cases, three resulted in a determination that the individuals were contractors.

The distinction is high stakes because it determines whether or not these workers are eligible for minimum entitlements under local employment laws. Given that low labour costs is a key factor in the gig economy business model, re-classification of workers has the potential to significantly change operations of these platforms – and the trajectory of the gig economy as a whole.

For the moment, the consequences on the gig economy are yet to be seen due to the inconsistencies in overseas case law; which may be explained by the variety in types of ‘gig’ work, the intense factual examination by the courts, and the different legal frameworks and tests for classifying employment relationships.

However, the growing number of overseas decisions demonstrate that New Zealand businesses relying on similar ‘contractor’ models may be at risk of comparable findings being made in the New Zealand courts. This is because the current legal framework in New Zealand permits a similar outcome if the facts align.

Judges may set aside the written agreement if the real nature of the relationship in practice is different to that which is documented between the parties. While the ‘network of independent contractors’ is only one model, the overseas decisions show that it can be difficult for businesses to achieve the balance between flexibility, autonomy and limitation of financial risk while maintaining control over working practices.

The demand for independent workers will continue to grow as digital businesses or businesses needing specialised skills become more common, and workers are looking for greater flexibility in the roles they accept.

What are the risks and benefits?

The benefits for businesses include being able to focus on core operations and use contractors when additional services or particular expertise is required.

Contractors can also be more engaged as they apply their particular expertise in return for flexibility, access to an established infrastructure and tax advantages. These arrangements can boost productivity.
However, while businesses, consumers and (some) contractors are experiencing the benefits of the gig economy, it remains open to abuse by organisations. Areas of exposure when operating in the gig economy include a lack of job security and little to no recourse to a legal framework that protects the gig worker’s position.

There are increasing reports in global media of companies using a contractor model to exploit cheap labour, especially in more labour intensive industries in which contractors are not in a position to negotiate their own contracts or remuneration. This has led to some contractors working long (potentially unsustainable) hours and are ultimately paid less than minimum wage. It is not uncommon for such contracts to include penalty clauses where, if a contractor cannot work for illness or other reasons, the company charges the contractor for the cost of finding a replacement.

Abusing this model will give rise to legal challenges for business who exploit the model, as well as those who wish to rely on it. These challenges will be both to businesses’ reputations and also legal challenges by way of status disputes.

In February this year, the UK Government launched its response to its 2017 enquiry. A consultation was launched, due to end in June 2018 – which seeks views on proposals including granting workers new rights to address the gig economy, and launching an online tool to help people identity their status.

While there are currently no signs of the gig economy being stifled in New Zealand, overseas developments do raise the question of whether existing laws are fit for purpose in this rapidly changing employment landscape.

Author –
Gillian Service is internationally recognised for her significant experience representing clients, helping to manage risks and protect business interests. Her broad employment practice includes advising on all facets of employment law including health and safety matters. She is passionate about the topic of the future of work and presents regularly.