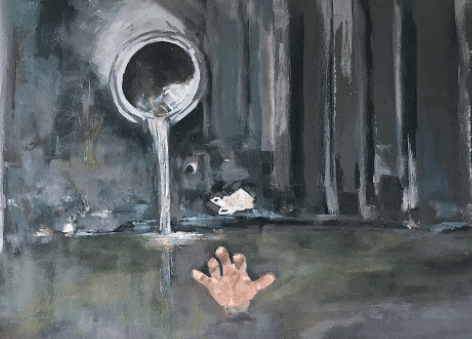 Former Bar Association President Clive Elliott has developed an equally busy vocation as an artist focused on climate change issues, along with writing and commenting on IP and technology law issues . . and poetry.

A QC at Shortland Chambers, Clive Elliott calls himself a “serial dabbler”, he recently kicked off two ‘climate art’ exhibitions in Wellington providing a focus upon both his art and the environmental changes affecting the globe.

“It explores the greatest existential threat facing humanity – global warming – and the irreversible climate change, and what we need to do about it,” he says, and encourages as many people as possible to attend and get involved.

All artwork in the exhibition will be sold by Silent Auction, with the proceeds going to the Sustainable Business Network and Sustainable Coastlines.

There will be two exhibitions of his art:

Wellington on 13 March from 6 to 7:30pm at the Wellington Club, 88 The Terrace. James Renwick, climate change scientist and communicator will be a guest speaker.

Auckland on 20 March from 6 to 7:30pm at SO/Auckland Hotel, Corner Customs Street East and Gore Street. Georgina Hart, the Project Lead for the Million Metre Streams Project, will be guest speaker. 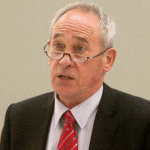 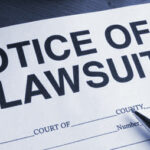