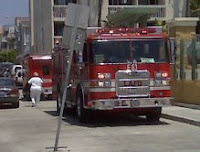 According to reports by Anaheim Hills fire restoration contractors, the fire that has been dubbed the Freeway Complex fire, which firefighters were alerted November 15th at 9:01 a.m. The fire traveled along Green River Drive in Corona burned in four counties. The fire consumed an approximate 30,305 acres and while officials are just beginning to assess the damages what is suspected of starting the fire is hot exhaust from a passing vehicle.

According to a report today by fire officials there are an estimated 30 homes that were destroyed by the fire that have been added to the list making the total 187. According to the interim City Manager Bill Kelly the damage done to homes in Yorba Linda is estimated between $125 and $135 million, with 118 homes destroyed and 53 homes damaged. Fire Chief Roger Smith reported that the property damage in Anaheim is estimated at $17.4 million.