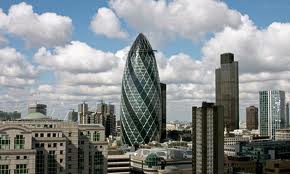 A ‘Good Health’ tick has been provided to the major UK law firms with the revelation of the the largest 200 UK law firms of 2018 revealed with the publication of The Lawyer UK 200: Top 100 2018.  But there are threats to their continued dominance.

The rankings show that the largest 200 firms based in the UK generated revenues of £25.68bn, a rise of almost 10 per cent (9.5) on 2016/17 year according to the Lawyer rankings.  But the survey also shows that there are threats to their growth ahead, including the continued rise of the US law firms and the growth of New Law firms.

Although the number of fee earners, including partners and qualified lawyers, in the top 200 showed continued growth (at 5 per cent), the number of equity partners in the firms rose only slightly by 0.6 per cent, reflecting the firms’ increased pressure from competitors in the legal market.

But New Law Firms like Axiom, LOD and Peerpoint are among those having an effect on the traditional Big Law firms.

The rankings also carry eight new law firms (the so-called ‘Independents’) with six feature in the lower half of the revenue ranking, The Independents.

Below is the ranking of  the top 200 law firms in the UK by revenue.