Creating a new digital accessibility app has been an interesting journey for two Rotorua lawyers whose iaccess app is designed to provide greater accessibility choices for website users who are impaired in some way.

Lawyers Danielle Caudwell and Ros Morshead set up the app when they were seeking some challenges beyond their legal work.

The iaccess solution confronts a major issue as the world goes increasingly online and the app built by the lawyers addresses a “void” they found within the New Zealand web universe.

Speaking to the Law Society’s News, they said New Zealand had lagged well behind other countries to the point where disability access for the disabled and impaired web users was largely non-existent.

Web accessability for those with disabilities has become an increasingly important focus for many countries. The US has implemented the Online Accessability Act (OAA), which the drafters recognize that, like physical premises, websites should be accessible to the disabled and their owners should have effective defenses to predatory litigation available to them just like any other web user.

New Zealand, however, has lagged well behind in the digital accessibility area.

“In fact, most New Zealand businesses and organisations don’t address digital accessibility at any level and have a long way to go when it comes to addressing the human right to equal access to online content and information for everyone,” says Danielle Caudwell.

“Covid-19 has forced a fundamental shift from human-first interaction to a digital-first society that drives home existing accessibility disadvantages. Yet even before the arrival of Covid. digital accessibility is a wider-society conversation New Zealand just doesn’t seem to have had.”

Using an Irish developer for the software development, the software is artificially intelligent and permits website owners to integrate web accessibility via an interface without altering the underlying site and with no downloads required.

Digital accessibility has at least now taken a step forward in New Zealand for website owners, thanks to two innovative lawyers who stepped into the digital legal space with a smart idea and a smart app. 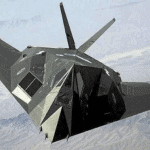 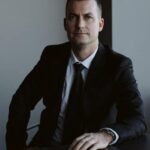