We know that becoming a senior lawyer in a Big Law firm means preparing to exit when you’re in anything from mid-50s and beyond.

But for Chapman Tripp consultant Arthur Young, who has spent 60 years as a partner, he has gone well beyond what hundreds before him have achieved in terms of Big Law longevity.

A LinkedIn post from Chapman Tripp, focused on encouraging young lawyers to join the firm for its well-rounded education in matters legal, sees the senior partner talk of his “endless dedication to the firm and his clients”.

A 2009 article about him having served 50 years as a partner with the firm referenced his being ‘the director of happiness’ given the “gales of laughter” that erupt from his office.

At that stage he was still racking up 55 hours’ a week at the office and it seems little has change in the subsequent years as the firm’s senior partner and the longest-serving partner in any Big Law firm in New Zealand.

Further . . he ain’t finished yet, saying “. . as far as I can tell, they still want me to stay… and that’s very generous of them.”

Starting his law in the early 1950s he has been a partner since 1959, specialising in private client work, trusts, estates and corporate governance issues. 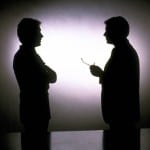