Tompkins Wake has welcomed several new faces to its Auckland team, almost doubling in size in the past six months.

The Auckland office now also has three Chinese language experts and extensive networks, both locally and in China. Tompkins Wake board chairman Phil Taylor said the growth of the Auckland team is further demonstration of the firm’s ability to consistently attract and retain top legal talent from around New Zealand and internationally.

“Our people are the key to our continued success,” Taylor said. We are therefore thrilled that Liz, Nicky, Campbell and Mike have joined us as we continue to grow, so we can meet the multifaceted and sophisticated challenges that our clients present to us.”

Liz Lim is widely regarded as one of New Zealand’s top banking and finance lawyers. Liz has more than 15 years’ New Zealand and international experience acting for originators, borrowers, funders and trustees. Prior to joining Tompkins Wake, Liz was with a national law firm and also worked at Allen & Overy in London.

Liz is recognised by The Legal 500 Asia Pacific 2018 as a lawyer who “consistently delivers strong and clear advice”. She is ranked as a recognised practitioner for banking and finance in Chambers Asia Pacific 2018 and was the only New Zealand lawyer shortlisted for a Rising Star award in Euromoney Legal Media Group’s Asia Women in Business Law Awards 2016. Nicky Thomas is an experienced property law expert, dealing with all aspects of land-related transactions, ancillary financing, forestry and private client matters.

Nicky has worked for large scale corporate clients, property developers, small business owners, and private individuals specialising in property acquisition, disposal, subdivision, development, and leasing. She joined Tompkins Wake after working for the past 15 years in the Auckland office of another national law firm.

Campbell Izzard has spent much of his career working in China and Australia, including in Shanghai where he spent eight years working at Clifford Chance and Allens on some of the largest cross-border investment projects undertaken by US and European multinational organisations in the region at that time. Upon returning to New Zealand in 2017, Campbell joined a boutique commercial law firm in Auckland as a partner and was appointed as a beachheads advisor to New Zealand Trade & Enterprise with a special focus on China related investments and business strategies.

Mike Shanahan has joined Tompkins Wake from a boutique commercial law firm in Auckland. He had previously also worked at Mayer Brown in London. Mike’s focus is on mergers and acquisitions, financial markets, corporate, private equity and funds, commercial and general advisory. Mike is a member of the Inter Pacific Bar Association and holds the position of Jurisdictional Committee Member for New Zealand.

Now located across four offices in Auckland, Hamilton, Rotorua and Tauranga, Tompkins Wake is the law firm at the centre of New Zealand’s commercial and economic heartland. 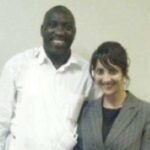 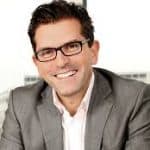