Top London QC Richard Atkins has come under fire for his comments on Twitter about what a barrister should look like – including having a ‘proper haircut . . and having well polished shoes.”

Atkins is a senior legal leader, head of St Philips Chambers and former Chair the Bar of England and Wales.  He is also a Crown Court Recorder (a part time criminal law judge) and his comments hardly went unnoticed.

The comments he made related to the death of a former Bar Chairman, Sir Robert Johnson.

His tweet was jumped on by users who variously dismissed his views as outdated, racist, or “rooted in classism”.

Blog Legal Cheek quoted one barrister, David Wolfson, saying “A barrister isn’t meant to ‘look like’ anything. A barrister should ‘be’ many things: courageous, fair, determined, reliable, honest and (at least) competent”.

“I believe you can be all of those things, even if your shoes aren’t well-polished.”

Atkins took back to Twitter to apologize for his views –

Shiny shoes and good haircuts were not to be taken the way it was, he announced. 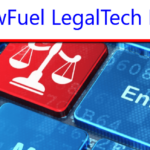