US Attorney Preet Bharara’s public comments regarding the case of United States v. Toyota Motor Corporation and the largest-ever financial penalty imposed in the auto industry – a record-breaking $1.2 billion that goes far beyond the “paltry” penalties previously imposed.

Good morning and thank you, Attorney General Holder and Secretary Foxx. Today, one of the largest car-makers in the world stands charged with a criminal offense. Toyota Motor Corporation is in that position because it cared more about savings than safety, because it cared more about its own brand and bottom line than the truth. In its zeal to stanch bad publicity in 2009 and 2010, Toyota misled regulators, misled customers, and even misstated the facts to Congress. Even while giving unequivocal assurances that it had fully addressed a grave safety problem, Toyota knew full well that the problem of unwanted acceleration persisted.
Because of its campaign of disinformation, Toyota is facing federal wire fraud charges; is admitting that it misled the public about safety problems in its vehicles; and is paying a $1.2 billion financial penalty, the largest payment of its kind in the auto industry. That unprecedented penalty is significant, especially in light of the relatively paltry penalties Congress has authorized the Department of Transportation to pursue. And while the criminal charges are being deferred for now, Toyota will be effectively on probation for three years; subject to special reporting requirements to the government; and answerable to an independent Monitor who will be policing its policies and procedures on safety disclosures.

To elaborate on the Attorney General’s remarks, the backdrop to this case is Toyota’s long history of problems with unintended acceleration of its cars.
As far back as 2007, Toyota knew about the susceptibility of accelerator pedals in its cars to get stuck under floor mats. But despite internal reports that identified problematic designs, Toyota resisted all vehicle recalls in 2007, negotiating with NHTSA a very limited recall of just certain all weather floor mats – no vehicles, just floor mats. At the time, Toyota was positively jubilant about that result, noting in an internal email that it had saved “$100 million + in unnecessary costs.” Two years later, tragedy struck.
On August 28, 2009, a family of four was driving a Lexus sedan on a San Diego highway. The accelerator pedal in their car became stuck under an unsecured floor mat; the car reached a speed of over 100 miles per hour and could not be stopped; ultimately, the car crashed and all four members of the family were killed.
As you may recall, the immediate aftermath of that fatal accident brought intense public scrutiny as well as multiple investigations. And in that moment, in a misguided and ill-advised effort at crisis management, Toyota made the fateful decision to mislead the public to protect its brand. Rather than come clean, the company covered up and misled, again and again and again.

In the wake of the accident, people wanted assurances, and Toyota gave them. The problem is: many of those assurances were false.
Repeatedly and publicly, Toyota assured the world that it had taken care of the problem of unintended acceleration.
• For example, in November 2009, Toyota stated that it was “very, very confident that [it had] addressed this issue” of unwanted acceleration. That was false.
• In December 2009, Toyota similarly stated that it was “highly confident that we have addressed the root cause of unwanted acceleration.” That was false too.
• Later in December 2009, the company said that it had “absolutely not minimized public awareness of any defect or issue with respect to its vehicles.” That was also false.
All of these finely crafted public reassurances were false for at least two reasons:
First, under pressure from transportation authorities, in September 2009, Toyota recalled eight models that NHTSA itself had identified as having floor mat entrapment problems. But Toyota knew – from its own engineering reports – that at least three additional models, including the best-selling Corolla, were just as susceptible to floor mat entrapment as the cars they had recalled, and therefore many defective cars remained on the road. So, the truth is that Toyota hadn’t fully addressed the problem after all, despite all the public pronouncements.

Second, at the very same time that Toyota was blithely giving all those assurances about addressing the “root cause” of the problem, the company had hidden from the public and from authorities a second cause of unintended acceleration. That was a problem with sticky accelerator pedals, caused by the use of a plastic material inside the pedals that sometimes resulted in the pedal being stuck in a partially depressed position. That, as Toyota later admitted, was a “grave safety concern,” but Toyota chose not to mention it
As Toyota now admits, the company failed to disclose the “sticky pedal” problem to U.S. regulators, even though it thought the problem serious enough that it had ordered a design change for new cars in Europe and had scheduled a fix for U.S. cars as an “urgent” measure. But in October of 2009, in the midst of the firestorm over the San Diego accident and unwanted acceleration problems, what did Toyota do? It quietly canceled the “sticky pedal” fix in America. Canceled it.
What’s more, in connection with this abrupt and inexplicable cancellation and in direct violation of its own standard policies, Toyota executives directed employees not to put anything about the cancellation in writing and to avoid a paper trail. All of this was done – as Toyota also admits – to prevent its regulator from finding out about it.

In many ways, this was a tale of two companies. To the unsuspecting public, Toyota said one thing. But internally and in secret, Toyota said something different entirely:
• As bluntly put by an employee who became concerned about what Toyota was saying in January 2010: “Idiots! Someone will go to jail if lies are repeatedly told. I can’t support this.”
Every day, tens of millions of Americans take to the roads in their cars. They have an absolute right to expect that the companies manufacturing those cars are not lying about serious safety issues; are not slow-walking safety fixes; are not playing games with their lives. That’s why we have undertaken this landmark enforcement action – because companies that make inherently dangerous products must be maximally transparent, not two-faced. And the entire auto industry should take notice
I want to thank our partners in this investigation and prosecution.
First, I want to thank the Attorney General, the Deputy Attorney General and the Department of Justice for their unwavering support of our investigation.
I also wish to thank the FBI, especially George Venizelos, the Assistant Director-in-Charge of the New York Field Office, and his team, in particular, FBI Special Agents Brian O’Hara and Samantha Lockery for their hard work and assistance in this investigation.

I also want to thank the Department of Transportation, represented here by Secretary Anthony Foxx, its Office of the Inspector General, represented by Inspector General Calvin L. Scovel, III, and its team, including Special Agents Brian Smith and Dennis O’Campo.
Finally, I want to acknowledge and thank the career prosecutors from my office. They are Bonnie Jonas and Sarah McCallum, the AUSAs handling the prosecution; their chiefs, Anjan Sahni and Marc Berger; our money laundering and asset forfeiture chief Sharon Levin; as well as Chief Counsel Joon Kim and Deputy U.S. Attorney Richard Zabel. 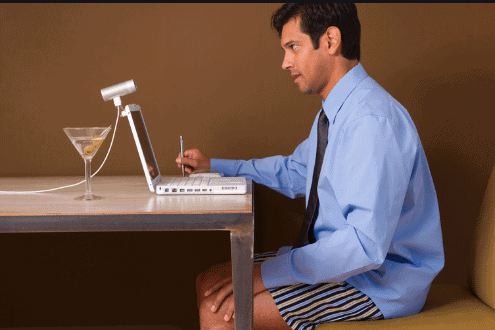 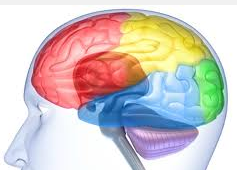