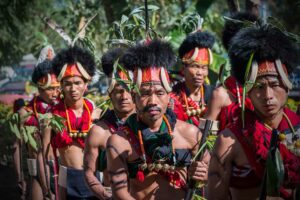 A culture of ‘tribalism’ needs to alter in the New Zealand Crown Law Office, according to a report issued by the State Services Commission and reported in LawFuel New Zealand.

The report said that at a time when problems are often more ‘wicked’, the complexity of the role performed by Crown Law has produced quality work from the organisation, the SSC reviewers said, but the Office needs to clarify and alter its structure in order to meet the whole-of-government demands made of it.

The past four years have seen significant changes within Crown Law, including in its management and to better integrate its services within government.

The role of Solicitor General Una Jagose has been commended in the report, with the reviewers noting “Una’s communication and visibility is great. She is leading culture from the front and making people feel valued.”

However challenges remain, including the culture and office ‘model’ and the Solicitor General has a long way to go towards achieving the changes needed –

Notwithstanding the strong leadership of the Solicitor-General and her modelling of the culture she values, the organisation is a long way from being there.

There are multiple cultures in the organisation that are underpinned by hierarchical behaviours and tribalism. There are deep divides between corporate staff and legal staff.

There are still strong views about the restructure of more than four years ago, which stops people unhooking from the past. Variously people in the organisation do not feel that their work, and hence their contribution to the success of Crown Law, is valued by others.

The report points to the “unacceptable divide” between the corporate and the legal sides of the office.

There is, the reviewers say, ‘divisive behaviours’ and a hierarchical structure within the Office that needs to change in order for it to properly deliver its services.

The funding model also needs to change. The current funding model used is unhelpful when there are important risk management and other issues that need to be dealt with, but the meter is ticking.

Whilst much top quality work was handled by the Crown Law office, there needed to be some structural reforms and ‘continuous improvement’ to provide the New Zealand government with the necessary legal service, the reviewers said.