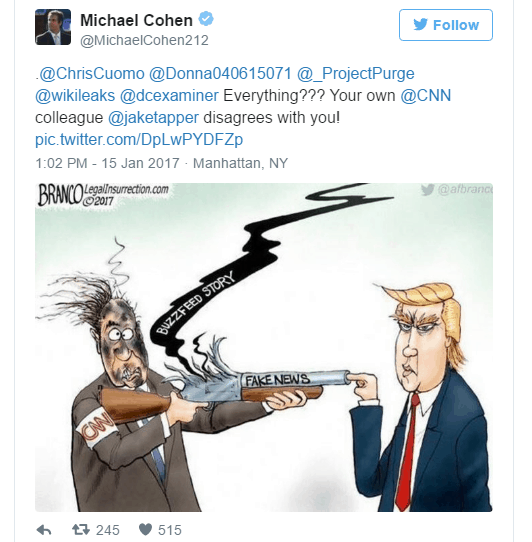 Twitter is a great tool for lawyers to use – or presidential candidates too, naturally – but when Donald Trump’s lawyer took to his client’s favorite tool to blast the liberal media (read ‘CNN’) he received some bitter, Twitter payback.

But Donald Trump’s lawyer Michael Cohen received some blowback from CNN anchor Chris Cuomo over the debunked dossier relating to Donald Trump’s alleged involvement with prostitutes, according to a report in Mediaite.

All of which may show that while his boss may tweet endlessly, the ability for Twitter blowback – for any lawyer or anyone – is always there even when the subject matter is a heavily mocked slip by both Buzzfeed and the US intelligence services.