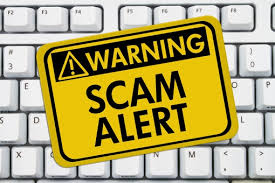 Lawyers and cyber security experts have warned that freelancers are being disproportionately affected. Con artists have set their sights on those claiming under the self-employed income support scheme, which provides grants to freelancers.

Victims receive a text message purporting to be from HM Revenue & Customs informing them they qualify for a tax refund. They are then led to a website – an almost exact replica of GOV.UK – and asked to fill in personal details, including bank account information.

The self-employed typically have higher levels of interaction with the tax authority, especially those who have been submitting details of their past profits to see if they qualify for state aid. Thus they are at greater risk, experts have said.

Chris Ross, of Barracuda Networks, an IT security company, said it was the latest in a series of sophisticated phishing scams designed to target vulnerable workers.

“We’ve seen a sharp rise in these kinds of schemes, often carefully crafted and timed alongside new Government funding announcements,” he said.

It follows the recent announcement from the Chancellor Rishi Sunak that state support for the self-employed would be extended in August to cover a further three months of income, providing grants of up to £6,750, covering 70pc of profits based on average earnings over the last three years.

The first round of grants was more generous, covering 80pc of average profits, up to £7,500 overall, to cover lost income between March and June. Some 2.5 million people have signed up for help.

Donal Blaney of solicitors Griffin Law, said: “This is a further kick in the teeth for the self-employed who are already struggling to stay afloat. HMRC and the police need to do far more, far more quickly to unmask, prosecute and jail these cyber criminals”.

HMRC has said it is aware of a number of Covid-19-related scams and has published a detailed list of the various rouses they use. These include a number of refunds scams sent via email, text message, via WhatsApp, social media and over the phone.

It said it will never ask for personal or financial information when it sends text messages to taxpayers.

Anyone who receives a suspicious message claiming to be from HMRC and offering a tax refund in exchange for personal or financial details should not reply or open any links in the message, it advised.