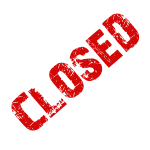 Many UK law firms are facing collapse, according to a report in the Financial Times.

The UK industry, hard hit by legal aid cuts, a prolonged financial downturn and the banning of personal injury referral fees, is looking at a situation where many of the 11,000 firms will either close or face supervision by the Solicitors’ Regulatory Authority over concerns regarding their financial security.

The regulator’s executive director, Samantha Barrass, told the Financial Times that multitude of problems faced by law firms amounted to a ‘perfect storm’ of financial pressure.

‘The numbers failing are worse than we expected for reasons such as the downturn which has lasted longer than is normally the case,’ she said. ‘We are writing to all those firms which are involved in certain sectors of the market which are under pressure and asking them for certain key indicators.’

According to the report, 160 firms are now under intensive SRA supervision, with eight said to be of ‘real concern’.

There have also been other casualties not included in the SRA figures. Cobbetts, based in Manchester, was bought for just under £4m by DWF, its rival, in an unprecedented prepack administration in February, the FT reports.

It was the second-biggest law firm, after Halliwells, to have collapsed since the start of the economic downturn.The gloom is likely to be exacerbated by concerns around Latvia-based Balva Insurance, which provides professional indemnity insurance cover for 800 of the UK’s 11,000 law firms.

Latvia’s Board of Financial and Capital Market Commission has withdrawn all the operating licences issued to Balva, which has to launch the winding-up process by appointing a liquidator.However, the SRA said there had not yet been an “insolvency event” as defined under UK rules, although it was working with the Latvian regulator.