Leading global law firm, Baker & McKenzie, has advised longstanding client, Unilever, on the sale of Unilever’s AdeS soy beverage business in Latin America to Coca Cola FEMSA and The Coca Cola Company for an aggregate amount of US$ 575 million. The transaction was announced on 1 June and marks a further step in refining Unilever’s portfolio.  The transaction is subject to satisfaction of regulatory approvals and customary closing conditions.

The AdeS brand is currently present in Brazil, Argentina, Mexico, Colombia, Uruguay, Paraguay, Bolivia and Chile, and is a leading soy drinks brand in the region.

London-based Corporate partner, Tim Gee, said: “We’re delighted to have partnered with Unilever on another important transaction, which was led by David Scott out of our London team and involved multiple offices.” 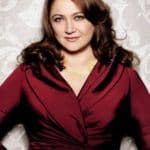