WASHINGTON – LawFuel.com – U.S. Attorneys are joining forces with local law enforcement and community leaders for a series of events around the country to address backlash against Muslim, Arab, Sikh and South Asian Americans following the tragic terrorist attacks in Brussels, Paris and San Bernardino, California.  The 14 events in 11 districts will build on both the Justice Department’s prosecutorial work in countering post-September 11th backlash, as well as its outreach efforts, including the new interagency initiative to combat religious discrimination throughout the country.

From April 12 through May 6, U.S. Attorneys in California, Colorado, Connecticut, Idaho, Louisiana, Massachusetts, Michigan, Minnesota, New Jersey, Ohio and Utah will work with community leaders and law enforcement to address discrimination, violence and harassment targeting people because of what they look like, which country they come from or where they worship.  The aim is to reaffirm the Department of Justice’s commitment to protecting civil rights and preventing and prosecuting hate crimes.

“The Department of Justice is determined to uphold the fundamental principle that all Americans should be free from violence and protected from hatred no matter who they are, what they look like, or where they’re from,” said Attorney General Loretta E. Lynch.  “These events underscore our ongoing commitment to safeguard the civil rights of every American – including Muslim, Arab, Sikh and South Asian Americans, who are so often the targets of threats on the basis of their appearance or religion.  There is no place for intolerance in our country.  In the weeks and months ahead, the Department of Justice will continue to work with local law enforcement partners and community leaders to defend the safety and the dignity of all our people.”

During the last several months, individuals who are, or who are perceived to be, Muslim, Arab, Sikh and South Asian have been targeted for harassment and violence around the country.

A Connecticut man pleaded guilty to firing a high-powered rifle at a mosque; a Florida man pleaded guilty to threatening to firebomb two mosques and shoot their congregants; a former Missouri man pleaded guilty to violating the civil rights of others by leading a conspiracy to deface a local Islamic center with graffiti and burn two copies of the Qur’an; and a New York man was sentenced to 13 months in prison for emailing death threats to the executive director of an Islamic advocacy group.

Places of worship also face discrimination through unlawful barriers to construction in many communities around the country.  In the last year, the Justice Department filed suit against Des Plaines, Illinois, over the city’s denial of rezoning to allow a Muslim congregation to use a vacant office building as a mosque.  The complaint alleged that the city treated the mosque less favorably than it has treated nonreligious assemblies, discriminated against the mosque based on religion and imposed a substantial burden on the mosque members’ religious exercise without justification.  The Justice Department also closed its investigation into Norwalk, Connecticut, after the city made changes to treat religious assemblies equally with nonreligious assemblies in five of its zoning districts.  The department had opened an investigation of Norwalk’s zoning practices in 2012 in response to the city’s denial of a special use permit to the Al Madany Islamic Center to build a mosque on land it had bought in a residential zoning district.

Backlash against Muslim, Arab, Sikh and South Asian Americans can have a particularly harmful impact on education, employment and housing.  In March, the Civil Rights Division announced that the Educational Opportunities Section launched a new enforcement initiative with the U.S. Attorneys’ Offices to strengthen our efforts to combat religious discrimination in schools and other educational settings.  The new initiative, together with Justice Department’s recent work in Bakersfield, California; Lewisville, Texas; Pine Bush, New York; Dearborn Heights, Michigan; DeKalb County, Georgia; and many more cities and counties through the nation, will help ensure that schools remain free from discrimination, harassment and violence for all students.

This effort is a reflection of the Department of Justice’s long-standing commitment to working to protect Muslim, Sikh, Arab and South Asian Americans from threats and violence directed at them because of their religion or ethnicity, and to prevent acts of discrimination against them in the workplace, schools or elsewhere.  Since September 11th, the Department of Justice has investigated over 1,000 incidents involving acts of violence, threats, assaults, vandalisms and arsons targeting Arab, Muslim, Sikh and South Asians, and those perceived to be members of these groups.  The Civil Rights Division and U.S Attorneys’ offices have brought prosecutions against more than 60 defendants in such cases, with 57 convictions to date. 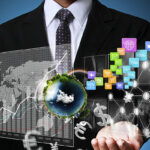 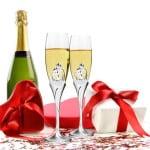