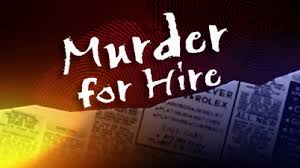 Preet Bharara, the United States Attorney for the Southern District of New York, announced that ROGER KEY, a/k/a “Luchie,” a violent and large-scale drug trafficker who operated in Manhattan and the Bronx, New York, was sentenced today in Manhattan federal court to life plus 30 years in prison in connection with his role in carrying out two murder-for-hire conspiracies – resulting in the murder of one victim and the near-fatal shooting of an innocent bystander – attempted murder, and narcotics and firearms offenses. KEY was convicted in April 2014 following a three-week jury trial before U.S. District Judge Sidney H. Stein, who also imposed today’s sentence.

Manhattan U.S. Attorney Preet Bharara said: “With today’s sentence, Roger Key has been punished with life in prison for his lethal laundry list of murder, gun, and drug-related offenses, and the Southern District of New York is safer as a result. I would like to thank our federal and local law enforcement partners for helping us to develop and bring this case.”

According to court documents, the evidence presented at trial, and today’s proceedings:

From 2009 through September 2012, KEY supplied powder cocaine and crack cocaine to various drug organizations operating in Manhattan and the Bronx. KEY also used, carried, and possessed firearms during the narcotics conspiracy.

From October 2011 through December 2011, KEY hired a co-conspirator to kill Matthew Allen, and aided and abetted the attempted murder-for-hire of Matthew Allen on November 16, 2011, which resulted in the non-fatal shooting of another victim, at 302 Brooklyn Avenue, Brooklyn, New York.

In addition to the prison term, KEY, 38, of the Bronx, New York, was sentenced to 10 years of supervised release.

Mr. Bharara praised the outstanding work of the Federal Bureau of the Investigation, the Westchester County Violent Crimes Task Force, and the New York City Police Department, including the 40th Precinct Detective Squad and the Manhattan North Narcotics Major Case Unit, who conducted the investigation of the case. Mr. Bharara also thanked the New York County District Attorney’s Office, who provided critical assistance in the investigation and prosecution of the case.

This case is being overseen by the Office’s Violent & Organized Crime Unit. Assistant United States Attorneys Abigail S. Kurland and Adam Fee are in charge of the prosecution. 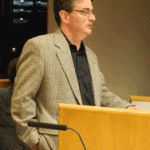 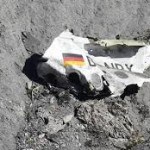