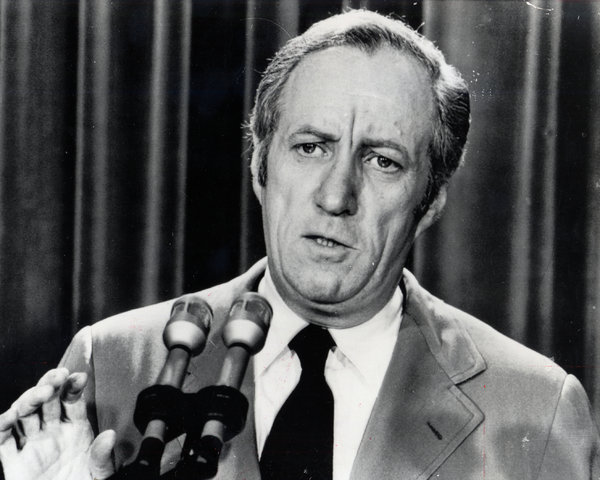 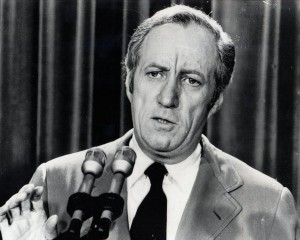 One of President Richard Nixon’s key legal advisors during the Watergate scandal, Leonard Garment, has died.  Garment was a Wall Street litigation attorney who became powerful and successful and died at the age of 89.  He was also a noted jazz musician.

The New York Times reports that Garment  played a central role in some of Watergate’s highest drama, discouraging Nixon from destroying White House tapes, pushing unsuccessfully for the president’s early resignation in 1973, and recommending to his successor, Gerald R. Ford, that Nixon be pardoned.

Mr. Garment himself stepped down as Nixon’s Watergate lawyer in late 1973 once it became clear to him that the scandal was moving inexorably toward the president’s downfall.


Long after many other Watergate figures had gone to prison or faded into ignominy, Mr. Garment remained one of official Washington’s most sought-after lawyers, known for his quick puns, gift of gab and savvy media skills. He often represented powerful figures in trouble, among them Attorney General Edwin Meese III and Robert C. McFarlane, a national security adviser to President Ronald Reagan.

But for all his later successes, Mr. Garment remained linked in many minds to Nixon, his longtime friend and former law partner, and the scandal that was his undoing. Mr. Garment regarded Nixon as an older brother of sorts.

The two made for an odd pairing. Mr. Garment was a liberal in a Republican administration, a Democrat who voted for John F. Kennedy over Nixon in the 1960 presidential election. He was a Jew from Brooklyn working for a native Californian given to making anti-Semitic comments in private. He was a gregarious man with a talent for jazz who counseled a dour president. He was a champion of human rights in an administration that many blacks considered hostile to minority issues. And he was regarded as a voice of conscience in a White House that had lost its ethical bearings.

“My feelings about Mr. Nixon remained the same until his death — a tangle of familial echoes, affections, and curiosities never satisfied,” Mr. Garment wrote in his 1997 autobiography, “Crazy Rhythm: From Brooklyn and Jazz to Nixon’s White House, Watergate, and Beyond.”

He added: “The Nixon who was despised by millions of strangers, and who aroused powerful ambivalence in close associates because of his nasty mood swings between grandiosity and pettiness, was not the Nixon I knew. I was exposed mainly to his attractive sides — his intelligence, idealism, and generosity. Only by ‘hearsay,’ mainly tape-recorded, did I ‘see’ the fulminating stranger I was happy not to know.”

Leonard Garment was born on May 11, 1924, “on a kitchen table,” he wrote, in a three-room tenement apartment in the Brownsville section of Brooklyn. His father, who owned a dress factory in Queens, had immigrated from Lithuania and his mother from Poland, and the immigrant roots in his neighborhood ran deep; Mr. Garment likened Brownsville to a semirural European shtetl, with the street peddlers hawking their wares in Yiddish.