Criminal defense work is wearying work and Bill Cosby’s defense lawyer Tom Mesereau has been charged with drifting off to snooze during part of his client’s trial – albeit only when testimony was being read by the Judge to the Jury after lengthy deliberations and questioning.

According to media reports Tom Mesereau drifted off while Judge Steven O’Neill was re-reading testimony to the jury at the night of the alleged assault and dealing with his ‘romantic interest’ in the complainant Constand.

Reportedly Mesereau dozed off while his face was away from the jury and facing the projection screen where his client’s words were displayed for the jury and following more than six hours of deliberation and questioning by the jury. 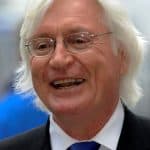 Constand is just one of dozens of women who have claimed that Cosby sexually assaulted them, however only one of the allegations falls within the statute of limitations.

Cosby was convicted by a Pennsylvania jury on Thursday of drugging and molesting Constand in 2004.

The jury announced its verdict after fewer than two days of deliberation. Cosby, 80, now faces a possible maximum prison sentence of 15 to 30 years.

The jury had asked to hear question and answer portions of Cosby’s civil deposition, given in 2004 and 2005, in which he spoke of his romantic interest in Constand and admitted to giving Quaaludes to young women with whom he wanted to have sex.

As O’Neill read the pages of testimony back to the jury Mesereau could be seen sleeping for some 30 minutes and awoke while the testimony was still being read.

The nap was evidently not acknowledged by anyone in the court or the judge.