Owen Collins – Personal injury claims are generally consistent regarding particular elements of a claim unless they egregious gross negligence cases. Gross negligence can result in the possibility of punitive damages on top of the basic compensatory damages in these cases.

Compensatory damages are the primary elements, including both economic and non-economic general damages.

These general damages are usually what actually makes the injured claimant financially whole following an accident. Along with punitive damages, these are the financial recovery items that all insurance providers want to avoid paying. They are also the primary elements of compensation that a personal injury lawyer will pursue diligently in obtaining equitable compensation for their client’s injuries.

There are essentially three kinds of personal injury claims:

Pecuniary damages are the first element of an accident injury claim, and they include financial recovery from medical bills, lost wages when the claimant cannot work due to the claimed injuries, and reimbursement for physical property damage such as a totaled automobile.

Incidental necessary expenses can also be included such as transportation costs to and from rehab appointments if physical therapy is a component of the injury recovery process. These are damages that can be specified in discreet numbers for recovery, but they can matter when non-economic compensatory general damages are being calculated.

All injuries will have ongoing repercussions after the injury claim is settled. Accident injury cases are based on negligence, and details can be significant when financial compensation is being sought.

Our firm, for instance, recovered $7.8 million for a child who suffered anoxic brain damage and spastic quadrapesis as as result of a surgeon’s failure to recognize a bleed caused by an improperly-performed rectal biopsy. It is just these sort of claims, often technical and complex in their nature, that require a special expertise to both determine the evidential nature of the ‘damage’, whether medical, auto accident or otherwise, and to then actually work towards a successful settlement or recovery.

Determining general damages can be a complicated issue that often requires input from an experienced attorney who can look at the various areas of interest, which would include:

Clearly, this is the most contentious component of any claim, as insurance claims agents and attorneys want to avoid these payments in as much as it is possible. General damages are also generally omitted when claims agents make quick low-ball offers for claimants to settle a case without legal representation as well, which could be a bad faith tactic when your legal counsel reviews the case.

Some injury cases have very serious elements of gross negligence, such as being hit by a drunk driver, and punitive damages could be available when a personal injury lawyer opts to take a case to trial.

All punitive damages are awarded by a jury and are not part of a typical claim. However, this possibility can impact a claim settlement negotiation. Bad faith negotiations tactics by insurance providers could also result in an additional claim against the insurance providers themselves for encouraging a claimant to not seek legal counsel for their injury claim or for unduly denying or intentionally delaying a claim payment or settlement offer. Cases of vehicle malfunction could also result in product liability cases under certain circumstances, but this is most common when it is a component of the injury claim material evidence established in court.

It is important for injured victims to understand that the material factors of their case can matter significantly when claims are being settled, including the level of personal fault they share in causing their own injury.

Under pure comparative negligence law, New York injury victims are only denied compensation when they are totally at fault for their own injuries.

Even with a shared fault claim it is important to ensure there is experienced representation from an attorney, such as personal injury lawyer Minc, who can assess the likely damages and work towards an equitable settlement.

Jesse Minc, personal injury attorney practising in New York and who is also a Bronx medical malpractice lawyer. Details on the law practise may be seen here. 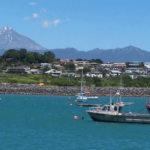