Pretty much everybody understands that if you drive a car high on cocaine or opioids you’re asking for trouble. Not only are you putting yourself and others in physical danger, you’re also putting yourself at a high risk of being pulled over and arrested, fined and probably imprisoned.

While a talented criminal lawyer may be able to reduce the charges significantly if proper police procedure wasn’t followed, it’s unlikely that anyone would get off with a mere slap on the wrist.

A more pertinent set of questions in our current cultural moment is: can you drive after consuming cannabis and, if not, how long do you have to wait.

The answer to the first question is a definitive no, the answer to the second is uncertain, as there is no precedent to address it. It’s up to the individual consuming the cannabis to know when they are fit to drive, likely it will be after a full night’s sleep.

The main issue that complicates the public’s conception of impaired driving is the legalization (in Canada and certain states in America) of cannabis, and the prescription of cannabis for a variety of conditions and illnesses.

It’s naïve to think that just because cannabis is legal you can drive while under the influence. Many people seem to think that cannabis doesn’t inhibit their motor skills or perception, but the euphoria it causes, in addition to increased distractibility means there are dangers for different reasons than those caused by alcohol-related impairment.

It is also irresponsible to equate a cannabis prescription with anti-depressants or any other drug that folks take every day in order to be functional. Cannabis may help with pain and anxiety, but you probably shouldn’t go to work after smoking a joint or attend your child’s music recital.

Some drugs help us focus and function, other drugs – like cannabis or benzodiazepines – can severely impair our ability to safely operate a vehicle.

Whether or not you realize you’re breaking the law, police officers may pull you over if you’ve consumed cannabis, or any other prohibited drug, and arrest you. If you’re not sure when to call a criminal lawyer, assume that you need one present right away – many problems can arise if you speak at lengths to the police without consulting a lawyer.

While spit tests are the standard for testing for drugs, some substances like LSD are undetectable by this method. Therefore, police look out for red eyes, odd speech patterns, agitation, or muscle tremors and any other number of factors. If a suspect is displaying any of these conditions, it constitutes reasonable suspicion.

A summary conviction carries a maximum fine of $1,000. More severe cases or cases where serious damage has occurred carry a minimum penalty of $1,000. Repeat offenders are required to spend time in jail, and the implications of an indictment can seriously screw up the trajectory of your life.

In some states and provinces, there are drug court systems that entail volunteer work, rehab and group therapy in order to address the problem.

Rather than punishing drug offenders, this process allows them to repay their debt to society in a constructive way while healing themselves. Incarceration is expensive and traumatic, making the drug court system a great alternative for first-time offenders trying to get their lives back on track. 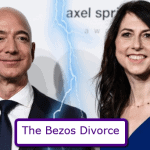