If we want Washington to focus on the needs of the middle class and everyone working hard to join it, it’s going to take more than a great speech from the President. That’s just the honest truth.

So as President Obama lays out his ideas for how we can build on the cornerstones of what it means to be middle class in America, we’re asking you to add your voice to his.

Today, he’s in Tennessee to talk about what it’s going to take to generate good new jobs — including a plan that simplifies the tax code for our businesses and gives working families a better deal. In the weeks ahead, he’ll lay out his vision for education investments to prepare our kids for the challenges of a new century, a path to home ownership for those who work hard, affordable health care that’s there when you need it, secure retirement even for those who aren’t rich, and ladders of opportunity so that all of us have the chance to work our way into the middle class.

And if those are principles you support, you need to join this debate as well.

Stand with President Obama in support of a better bargain for the middle class.

In the past week, we’ve heard from tens of thousands of Americans who’ve taken time to share their stories with us. They come from every walk of life, but they’re united in working to support an economy where everyone who works hard can get ahead.

A man named Michael from Iowa told us that, “Genuine opportunity for those who work hard and play by the rules is an American principle. We have strayed far from that in the past several years, and it’s time to get back to it.”

Robin from Oregon said, “I have a 10 year old daughter who deserves the opportunity to make a good life for herself. She needs affordable health care, education, and job opportunities to do that and be a vital and contributing citizen.”

Anthony from Ohio told us, “I agree that we need to build the economy from the middle out. Working people and their families are struggling to survive and each day that passes is another day that it is harder for the middle class and those aspiring to be in the middle class to move up the economic ladder. You can do it Mr. President, we believe in you.”

These kinds of testimonials have tremendous power. We’ve seen it time and time again. When real people speak out with the same voice, it focuses the conversation in Washington.

So join us. Stand with President Obama and say that you support a better bargain for American families: 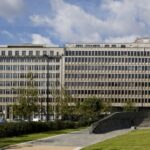