Integration issues, support problems, cost and timing are just some of the potential  pitfalls that beset those embarking on the practice management software move.

When Tauranga’s Sharp Tudhope decided to move from their Lawsoft/Envision practice management system last year they did something potentially even more frightening – they chose a software application that had never been sold in New Zealand before, choosing to trailblaze into an area that already had any number of hazards to confront them. 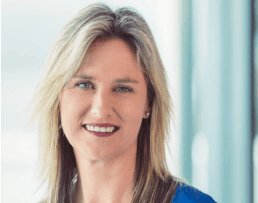 But their investigation, led by Practice Manager Deena Himpers (left) and the firm’s previous IT manager Tim Boyne, was undertaken with intense due diligence, fully aware of the dangers that lay ahead should their decision have been ill-chosen.

Further, having previously and relatively recently implemented LawSoft, a Thomson Reuters product that was shortly thereafter discontinued, the firm was highly sensitive to the needs for not only high functionality and support, but also continued development and support.

Practice Evolve had been placed into a firm in Fiji by independent legal consultant Lois Dickinson who was impressed with the software’s capability.

Providing graphical business workflow management systems, time recording that includes ‘value’-based’ billing, drag-and-drop document creation and a variety of other features, the software is designed for ease of use and flexibility.

The software focuses strongly on workflow processes to enhance productivity and efficiency in a simple-to-use manner relying on a highly responsive development culture.

“The more we looked at the software, the more we liked it,” says Deena Himpers.

Developed in Ireland, the software had been sold in Australia, but never before in New Zealand.  Further, the company had no-one on the ground in New Zealand and for Sharp Tudhope Practice Manger Deena Himpers it was a bold, but carefully orchestrated move.

The firm, with 35 fee earners and a busy and growing practice had to obtain something that

“We wanted a really good document management system and also software that was clean and intuitive,” Deena Himpers says.

“We looked at various other products on the market but found Practice Evolve was the best out there – it feels like a Microsoft product and is easy to navigate, which is vital for our users”

Selling the new system to the partners also had its challenges.  Initially some did not believe the software could do everything claimed.  A two-day presentation from the developers to all our staff followed and, as Deena says, the users liked it so much not only because of its bells and whistles and functionality but also for its ease of use.

“There was a really positive vibe. We sat around the table to make the final decision and partner Duncan Cook said “I promised we’d never be first-users again in New Zealand, but I voted for this system because it is exactly what we need”

“At no point did I think we had the wrong system.”  Deena Himpers.

The firm was already on a split ledger, unlike the vast majority of New Zealand law firms

The software worked perfectly with the firm’s ledger, with the document management, accounts reporting and related functionality.

“It’s so intuitive and easy,” Deena says.  “We had a great team of committed super users and did plenty of in-house training to make the integration process easier.

“We also knew that everyone (particularly partners) needed to be positive about the new system to make things work.  We’ve kept alive the initial super user group to assist with getting the best out of Practice Evolve going forward and are delighted with the results.”

And support?  How does a system that had not been previously used here work on that front?

No problem, says Deena Himpers.  Practice Evolve offer great support from their Sydney base and with more firms joining in NZ the support service will be further enhanced.

The time difference means there is no support until 10am each day, but equally it is available until 7pm NZ time.  We have never had a critical need for support prior to 10am.