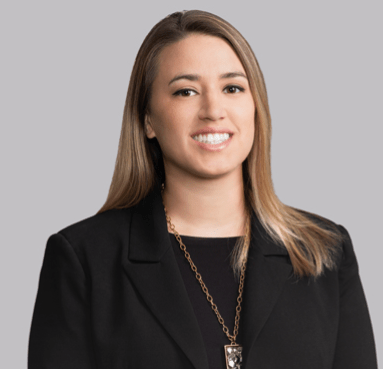 As the headline fight, the women have already raised more than $50,000 – more money than any of the male boxers and are a main draw. The event, billed as “RINGSIDE: A Fight For Kids” is Nashville’s premier charity boxing event with proceeds helping the Charley Foundation to continue their mission of providing much-needed support to at-risk children in the Nashville area.

By day, Farrah is the hard-charging attorney who represents music talent, major and independent record labels, music publishers, and content distributors in structuring and negotiating recording contracts, distribution, publishing, merchandising, and management agreements, as well as agreements for every facet of live music production.

While juggling this intense workload, she has spent the last four months, six days a week working with a professional boxing coach to get ready for the fight. After training in Taekwondo and martial arts as a child, Farrah took to boxing easily and found the training relatable and applicable in her professional life.

“Boxing is all about putting together the right combinations at the right time to win. You have to know when to hit hard and pull back. Not every punch needs to be a knockout,” says Farrah. “I have applied these same principles to my negotiation style. Well-crafted dialogue delivered in the right way at the right time, and avoiding shouting and screaming at people is more effective in moving people to your way of thinking and getting what you want out of a deal.”

This tactic has proven extremely successful particularly for the young, emerging band Rainbow Kitten Surprise. Farrah has negotiated contracts for the group since they first formed in their college dorm room five years ago. Now, they are selling out concert halls, including Red Rocks, Ryman Auditorium and the Hammerstein Ballroom in New York City.

Already a champion on so many levels, we hope that will cover this power lawyer as she dukes it out for charity.