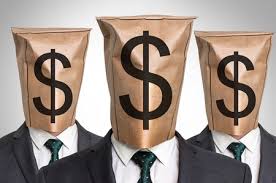 Contingency fees of $1.1 billion made to two law firms are a serious money question that has raised eyebrows in the US Congress, as well as some heat for the firms with the “regrettably excessive” fees paid.

The row involves the National Credit Union Administration (NCUA) over losses made in the period leading up to the global financial crisis and involving the sale of securities to corporate credit unions.

The two firms involved – St. Louis-based Korein Tillery and Washington-based Kellogg, Huber, Hansen, Todd, Evans & Figel – handled 26 lawsuits for the NCUA, recovering over $5 billion and involving the placement of five corporates into conservatorship a decade ago.

Attempts to renegotiate terms have been unsuccessful, but they have also attracted the attention of Congress.

Rep. Ann Wagner (R-MO), who chairs the House Financial Services subcommittee on oversight, sent a letter to NCUA Chairman Mark McWatters saying:  “The payment of over one billion dollars in legal fees to private counsel raises serious questions about the propriety of the NCUA’s legal fee arrangements, including whether the arrangements were in the best interest of the NCUA,” according to Politico, which first reported the item.

NCUA Chairman J. Mark McWatters, an attorney, told the Politico website that the agency had met at least once with the law firms in an attempt to renegotiate the terms of the agreement, which was executed on Sept. 1, 2009. Its outreach was rebuffed, McWatters said.

“The agency should continue its efforts to negotiate a fair and transparent modification of these legal services agreements, where outside counsel has received, to date, over $1.1 billion in fees,” McWatters said in a statement sent to CUToday.info. “In my view, these fees are regrettably excessive, yet our good-faith efforts to reach an equitable accord with the recipient law firms have not succeeded.”

Conservative media are also pointing the blame at the Obama administration with Worldpoliticus saying:

Payments like this came up all the time during Obama’s reign. He spent the taxpayers’ money like it was nothing and that is what concerns these GOP members of Congress. It is no surprise that something would have come out like this.

Now it looks as though their might have been similar arrangements all throughout the Obama government. The Federal Housing Finance Agency has paid over $400 million to law firms that help them get back some money. The law firms have recuperated almost $25 billion for the agency.

Whoever is to blame – One-plus billion is some big dollars for the contingent fees lawyers.  And right now, they ain’t talking.[/vc_column_text][/vc_column][/vc_row]