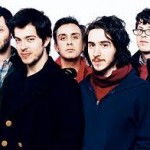 The “Harlem Shakes” lawsuit resonates with many involved in the music world.

Changes to the way in which music is ranked for the music charts, using YouTube views, has changed not only the music charts, but also the view taken by artists in respect of their copyright ownership.  The stakes just became higher.

The Harlem Shake videos is creating an online sensation with the song still on the Billboard top 100 but the legal issue has become focused on the music samples that appear without permission.

Reggaetón artist Hector Delgado and the rapper Jayson Musson advised after the fact that their voices appeared on Baauer’s “Harlem Shake” and their voices are heard in the song with the former saying “con los terroristas” and latter voicing the phrase on the track.

Both artists claim they did not give permission to Harry Bauer Rodrigues, who uses the name Baauer, to use their material for the record.

Music sampling is a tricky business and copyright law predates the technological changes that permit easy sampling which means artists can be exposed to multi-million dollar errors.

Fans will remember the issues faced by  Vanilla Ice, who ran into the problem when he was accused of ‘sampling’ part of the 1981 song “Under Pressure,” which was written by David Bowie and Queen.  The song was used by Vanilla Ice for his No. 1 hit “Ice Ice Baby.” W

However when both Queen and Bowie threatened a lawsuit, Vanilla Ice added them both to the composer credits.

Similarly, there was the case involving rap group De La Soul who were slapped with a $1.7 million suit by the ’60s group the Turtles for using an uncredited bite of their 1969 song “You Showed Me.” Other cases have involved artists like M.C. Hammer and others.

What has shaken the music world and the artists in the “Harlem Shake” case is that the YouTube sensation has seen users uploading thousands of copies of the song – in fact an estimated 40,000 different “Harlem Shake” videos are now on YouTube with 175 million hits.

Harlem Shake’ became a YouTube sensation due to users uploading videos of themselves and their friends dancing to the song, helping it achieve huge levels of popularity and even hitting the top spot in the US charts last month.