It was only a few months ago when model Kate Upton’s lawyer was threatening legal action over the hacking of her phone to leak nude photographs.

Now she’s been voted People magazine’s first-ever “Sexiest Woman” award show Thursday and revealed what ‘sexy’ means to her.  She also helped kill the indication that she was “fat” when she emerged on the pop culture landscape two years ago.

People Magazine annually names a “Sexiest Man Alive,” and plasters the lucky gentleman — usually an actor or a singer — on the cover of an issue that comes out usually in November. The 2014 “Sexiest Man Alive,” according to People, was Marvel Comics’ Thor superhero, the 31-year-old Australian actor Chris Hemsworth.

The “photo dump” in September amounts to  what is believed to be one of the largest celeb hacking scandals and privacy breaches in history. In addition to the actress and Sports Illustrated swimsuit model, it has also been confirmed that Jennifer Lawrence and Mary Elizabeth Winstead had private photos stolen and distributed without their permission.

“This is obviously an outrageous violation of our client Kate Upton’s privacy,” her lawyer told E! News at the time, adding that they would be pursuing every possible legal recourse. “We intend to pursue anyone disseminating or duplicating these illegally obtained images to the fullest extent possible.” 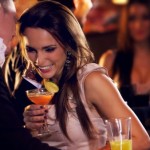