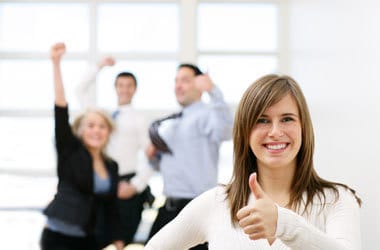 The number of law jobs in New Zealand continues to remain strong, with LawFuel’s Law Jobs network seeing a strong start to 2018 with legal jobs across a variety of areas, in the public and private sectors.

The LawFuel law jobs network posts jobs across its social media network, as well as via the dedicated LawFuel Jobs site.

Among the new posts are two jobs with the Financial Markets Authority, being an Intermediate Solicitor Role (Fixed Term) providing the FMA’s policy team  within the General Counsel function on a 12 month fixed term.

The FMA are also seeking a senior solicitor in a policy role, also for a fixed term contract.  Both FMA roles are available in either Wellington or Auckland.

Among the other recent listings on the legal jobs site is a job with leading IP law firm AJ Park for a commercial IP/IT lawyer.

In 2017, AJ Park were named ‘Specialist IP Firm of the Year’ in the NZ Law Awards for the fifth year running, and several of the firm’s people have received numerous accolades for their work. Handling a wide range of domestic and international IP and IT work, AJ Park are deservedly regarded as a major force in IP law in the region.

Fletcher Building are also looking for a senior counsel in a position that provides the major business with a lawyer who can handle a variety of interesting issues that the company deals with.

The work is within the Construction business, most likely focussing on the Infrastructure Division of Fletchers and also providing  support to other business units who contract on the basis of construction contracts.  There is also scope for this role to develop into other areas, such as health and safety, procurement and general contracting.

A range of other legal roles are also being uploaded to the law jobs network and those interested are encouraged to register their interest for the increasing number of law job opportunities being listed on the focused, legal jobs site and associated legal jobs social media network, posting jobs to Facebook, LinkedIn and elsewhere.

Do you REALLY want to be partner in a Big Law firm?  Click Here