Jim Farmer QC has heavily criticised the Law Society’s standards committee for their prosecution of barrister Catriona MacLennan, saying he “earnestly hoped that the Law Society will quickly rein in its National Standards Committee.”

Ms MacLennan, who has publicly pronounced that she would ‘not be silenced’ on the matter’, criticised the comments and decision by Queenstown District Court Judge John Brandts Giesen who explained away a violence assault upon the defendant’s wife and another by saying many people would have done exactly the same thing. 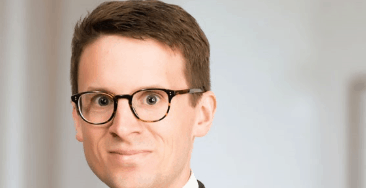 Mr Farmer also referred to the “gutsy letter” written to the NZ Law Society by Auckland and UK-based barrister Benedict Tompkins who deplored the Committee’s actions and called for the removal of its members.

Mr Tompkins had also referred to a situation in England where senior members of the Bar
publicly called for the resignation of a High Court Judge without incurring the wrath
of the similar committee in the UK.

“Mr Tompkins also advised that his letter and, within it, his alignment with Ms MacLennan’s opinion, was being distributed by him to the media, to the legal profession and on social media. That might be called throwing down the gauntlet.”

Jim Farmer said he had been troubled by what had occurred and referred to the 1968 case in England
R. v. Commissioner of Police of the Metropolis ex parte Blackburn (No.2) [1968] 2 QB 150 (CA) which
he thought “might be instructive to the National Standards Committee.”

The case involved a forceful article in the satirical magazine Punch, which began with the words
“The recent judgment of the Court of Appeal is a strange example of the blindness which sometimes descends on the best of judges” and ended with “It is to be hoped that the courts will remember the golden rule for judges in the matter of obiter dicta. Silence is always an option.”

The Judges in the case indicated that the criticism of the Courts’ judgments needed to be fair and accurate because the judges cannot respond publicly in normal circumstances.

All three Judges expressed the view that criticism of the Courts’ Judgments should be accurate and fair because Judges normally do not have the ability to respond publicly.  “That is the function of the Attorney-General.   Nothing has been said to date by the New Zealand Attorney-General defending the District Court Judge’s comments that maybe the victims deserved what they got.”

He finishes with the value of silence.

“It can be expected that he at least, unlike the DCJ, does see silence as an option.”