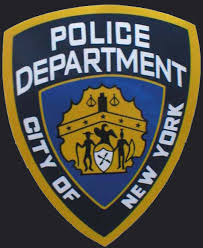 Geoffrey S. Berman, the United States Attorney for the Southern District of New York, and John F. Grasso, the Special Agent-in-Charge of the United States Social Security Administration, Office of the Inspector General, New York Field Division, announced that GERARD SCPARTA, a former New York City Police Department (“NYPD”) officer, SCOTT MARAIO, a former NYPD officer and former New York City Fire Department (“FDNY”) firefighter, and KENNETH RUBERO, a former NYPD detective, were arrested today for separate schemes to fraudulently obtain a total of more than $1 million in disability benefits from the Social Security Administration (“SSA”). SCPARTA lied to the SSA about his disability, and SCPARTA, MARAIO, and RUBERO each falsely represented to the SSA that they could not work due to disability and failed to report earnings from employment as required. At the same time SCPARTA, MARAIO, and RUBERO were collecting disability benefits, each of them were working in various positions and earning hundreds of thousands of dollars. SCPARTA, MARAIO, and RUBERO were arrested earlier today at their residences, and will be presented later today in Manhattan federal court before U.S. Magistrate Judge Robert Lehrburger.

Manhattan U.S. Attorney Geoffrey S. Berman stated: “As alleged, these three defendants, all former law enforcement officers, told lie after lie to obtain a total of over one million dollars in disability benefits through fraud. In doing so, they allegedly took money from truly disabled individuals who are dependent on this important source of public support. Scparta and Maraio also allegedly concealed their employment and income from the Social Security Administration by hiding behind corporate entities purportedly owned by their wives. I would like to thank the Social Security Administration, Office of the Inspector General, for their work in bringing these alleged schemes to their proper end.”

Special Agent-in-Charge John F. Grasso stated: “Social Security Disability benefits are an earned benefit, for those who are truly deserving. It is not a treasure chest to be pilfered by alleged greedy liars and scammers. Unlike other crimes, when someone allegedly cheats Social Security, they are not just taking from one of us, they are stealing from all of us. I would like to thank our partners in this investigation, the IRS Criminal Investigation Division, and the NYC Department of Investigation. If you suspect Social Security fraud, I strongly encourage you to call the Social Security Fraud Hotline at 800-269-0271 or visit oig.ssa.gov/report

According to the allegations contained in Complaints unsealed today:

The SSA administers Social Security Disability Insurance (“SSD”), a federal benefits program that provides monthly cash benefits to individuals who have worked in the past and paid into Social Security, but who can no longer engage in any substantial gainful activity due to medical disabilities. SSD is a disability benefit available only to individuals who have a qualifying disability and are unable to work in any profession. In order to receive SSD, a beneficiary must certify that he or she is incapable of performing any gainful activity due to disability. In addition, a beneficiary must report to the SSA all sources of income from work activity and any changes in the beneficiary’s medical condition, which are taken into account in determining whether the beneficiary is entitled to payments and the amount of those payments.

Between in or about 1986 and in or about 1997, SCPARTA worked as a police officer with the NYPD. In or about 1997, after reportedly sustaining an injury at the age of 32, SCPARTA was referred to an individual (“CC-1”) who helped him fraudulently obtain disability benefits. Specifically, CC-1 submitted SSD application materials signed by SCPARTA that falsely stated, among other things, that SCPARTA suffered from severe depression and anxiety, could not do anything around his house, and was unable to work in any capacity. In addition, CC-1 coached SCPARTA to make the same false statements to physicians who examined SCPARTA for the purpose of establishing his disability and submitting reports to the SSA. Based on these false statements and representations by SCPARTA in documents and reports submitted to the SSA, the SSA approved SCPARTA to receive disability benefits from in or about 1997 onward.

In addition to lying about his disability status and inability to work, SCPARTA falsely claimed on multiple forms submitted to the SSA that he did not work, and failed to report earnings from employment as required. In fact, from in or about April 2004 up to and including at least in or about December 2017, SCPARTA worked as a security guard and host at a strip club located in Manhattan, New York (the “Strip Club”). From in or about 1997 up to and including in or about 2017, SCPARTA received a total of over approximately $638,000 in disability benefits for himself, his wife, and his children, during which time SCPARTA earned approximately $1.6 million from his work at the Strip Club. In order to conceal his income and prevent the SSA from discovering his fraud, SCPARTA arranged for the income from his work in connection with the Strip Club to be paid to a third-party corporate entity purportedly owned by SCPARTA’s wife.

From in or about October 2008 through in or about February 2018, MARAIO received a total of over approximately $364,000 in disability benefits for himself, his wife, and his children, during which time MARAIO earned a total of approximately $450,000 from his employment at the Strip Club and with the Staffing Company. In order to conceal his income and prevent the SSA from discovering his fraud, MARAIO arranged for the income from his work in connection with the Strip Club and the Staffing Company to be paid to a third-party corporate entity purportedly owned by MARAIO’s wife called Blondie Consultants (“Blondie Consultants”), as well as another company.

In or about 1985, RUBERO began working as an NYPD police officer and was subsequently promoted to detective in or about 1991. In or about December 1997, at the age of 33, RUBERO stopped working with the NYPD due to a claimed disability, and began receiving disability benefits. On multiple forms submitted to the SSA, RUBERO falsely claimed he could not work due to problems with his knees, neck, and back, and failed to report earnings from employment as required. In fact, since at least in or about 2008, RUBERO has been an owner and manager of Baychester Payment Center, LLC (“Baychester”), a check cashing and money services business located in the Bronx, New York, and an owner and president of Secure Logistics, Inc., a purported security company located at RUBERO’s residence. From at least in or about 2008 up to and including at least in or about February 2018, RUBERO received a total of approximately $396,000 in disability benefits for himself and his child, during which time RUBERO had earned a total of over approximately $720,000 from his work with Baychester and Secure Logistics.

The prosecution of this case is being handled by the Office’s Complex Frauds and Cybercrime Unit. Assistant United States Attorney Sagar K. Ravi is in charge of the prosecution.

The charges contained in the Complaint are merely accusations. The defendant is presumed innocent unless and until proven guilty.