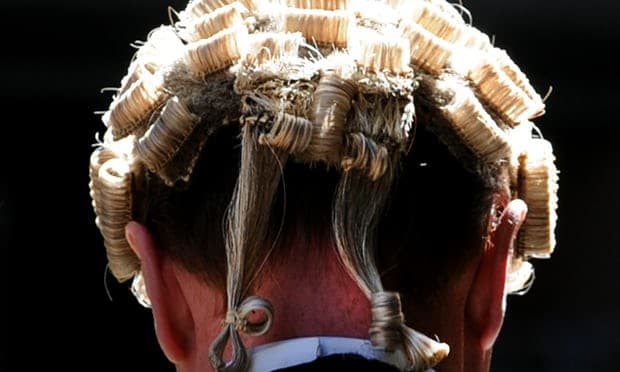 Much has been written, lobbied, protested over and argued regarding the British legal system cutbacks in recent years. Now a new book has said the system is an A&E case.

But now a book written by a ‘Secret Barrister’, a criminal lawyer and prosecutor, has exposed the system as one that is broken – in A&E, in fact – and supported largely by lawyers doing unpaid work.

The anonymous author of The Secret Barrister: Stories Of The Law And How It’s Broken, the courts in England and Wales are now unfit for purpose with increasing cases of injustice or even no justice through a thoroughly broken system.

With a Twitter account with over 87000 followers, ‘The Secret Barrister’ has inspired various thoughts about who he/she/they might be.  However the points made are hardly contestable.

The Guardian reported that the “secret barrister” uses the accounts of real people and cases to reveal the legal system as being so broken that the innocent can find themselves behind bars while “every single day the provably guilty walk free”.

“Secret barrister” has said that just close family members are privy to this moonlighting. “I don’t have a profile outside my online existence. I’m a junior criminal barrister, I’m extremely ordinary. I hope the focus of the book will be on the issues raised rather than me.”

The book says: “Walk into any court in the land, speak to any lawyer, ask any judge, and you will be treated to uniform complaints of court deadlines being repeatedly missed, cases arriving under-prepared, evidence being lost, disclosures not being made, victims made to feel marginalised, and millions of pounds of public money wasted.

The argument is made that the whole legal system is at a tipping point with injustices occurring daily, the guilty walking free and a lack of funding hollowing out a system that is simply failing to deliver.

Cutbacks in legal aid have provoked intense opposition. Critics of the the Legal Aid, Sentencing and Punishment of Offenders Act (Laspo) include a range of people throughout the legal profession, including senior judges, human rights bodies and others.

Apart from the criminal courts, they have claimed that the family courts have been swamped by unrepresented litigants in person and that savings in one area resulted in increased costs elsewhere in government.