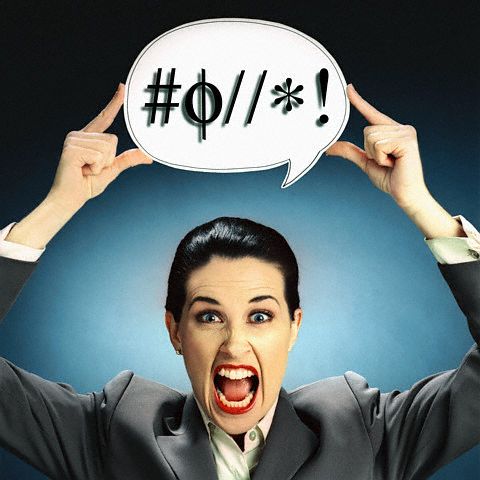 A harassment claim brought by a legal secretary of a Sydney law firm who alleged she had been called a “chook” and “thick” among other things, has been dismissed by the Australian Fair Works Tribunal  in what the Deputy President of the Tribunal said was a case where the applicant was foolish and been the “misguided choreographer of their own downfall.”

The complaints were brought against Meridian Lawyers by legal secretary Linda Hanrick and the decision showed  the basis for the dismissal of her complaint.

The FWT deputy president   Peter Sams said that the complainant, Linda  with Meridian principal Sharlene Wellard, had conjured “retaliatory complaints” against various members at the firm. Mr Sams said that Ms Hanrick had, in fact, gone beyond that point, as demonstrated by her evidence which showed a “disconnect between reality and fiction”.

She had alleged that the law firm’s managing principal Paul Baker “had it in for her and her family” and had tormented her over these and other matters, including references to her being “evil”.  She had reacted allegedly by concocting allegations, according to the reported decision.

“As quick as a flash, she set out to cast her net of complaints far and wide across the firm, to accuse many other employees . . .  including senior principals, as perpetrators of bullying, or at the very least, inappropriate behaviour towards her,” Mr Sams said of Ms Hanrick.

In a reply statement, the judgment outlined that Mr Baker was disappointed, surprised and bewildered when he read what the applicant had asserted about his conduct and the conduct of others.

An exchange between Ms Wellard and Ms Hanrick followed evidence that there has been “strategically” placed “satirical paraphernalia” on her desk, specifically copies of the Law Society Journal, whose colloquial title ‘LSJ’ bore a similarity to her own initials.

An exchange was recorded in the decision –

Ms Wellard: We think the false allegation is serious and we are considering terminating your employment. What do you have to say about that?

The applicant: [yelling] you can’t do that. You’ve had it in for me from the start. My very first day here you said something to Heather [former receptionist] about me. ‘Quick chat, quick chat’ that rhetoric of the bullies and LSJ Sharlene, LSJ what does the J stand for?

Ms Wellard: Hold on. What do you say I did? You’ve never raised any of this before. I asked you to email me any other examples before today. What’s the issue with Heather?

The applicant: LSJ, LSJ, what’s the S stand for?. Quick chat that’s the rhetoric of bullies.

Ms Wellard: Hang on Linda, I need to unpack that one at a time. You haven’t raised any of this about me before and I’d asked you for any examples. What’s the issue with Heather?

The applicant: On my first day, you said something to Heather at reception, you called me a chook?

Ms Wellard: What did I say? I don’t remember saying anything about you and certainly have never called you a chook.

The applicant: I don’t know, but you know what you said and quick chat, quick chat you use the rhetoric of bullies.

Ms Wellard: When did I say that?

The applicant: In your email, telling me to come to your office for a quick chat.

Ms Wellard: Linda, I said come to my office for a quick chat about the matters we had talked about in our meeting. People can see your computer screen and your desk. I didn’t want to come around and have people wondering why I was there.

The applicant: Quick chat’ is used by bullies. LSJ, LSJ LJ are my initials, what does the ‘S’ stand for?

Ms Wellard said the applicant was using a raised voice and she really did not know what she was talking about. The conversation continued:

Ms Wellard: Linda I don’t understand the LSJ reference. Can you give me more information?”

The applicant: “In your room when you said come in for a “quick chat” you had papers with LSJ on your desk.”

Ms Wellard: “Do you mean the pile of Law Society Journals on the table in room?”

The applicant then stared at her blankly.

Ms Wellard: They are on the table for me to flip through if I ever get time. They are always there and that’s where Alison [my secretary] leaves the files she wants me to sign for closure.

The applicant: What does the ‘S’ stand for?

Ms Wellard: Society, what do you think it meant? I though your initials were LH and that pile of journals had nothing to do with you. Do you think I put them there to somehow unsettle you?

The applicant: You know Sharlene, you know.

By way of example of Ms Hanrick’s non-sensical claims, the tribunal pointed to her allegations that a twitter comment she had made in March 2017 was somehow linked to a private conversation that she claimed to overhear between two colleagues some seven months later.

“The relevance of any link between these two matters, months apart, escapes me,” Mr Sams said.

Mr Sams said his assessment all the complainant’s allegations were intended to create an image of bullying, antagonism and inappropriate behaviour across the firm, of which Ms Hanrick was the sole victim.

“I am bound to say nothing could be further from the truth. In some cases, the persons she complained about, had little or no contact with her, and did not even know who she was,” Mr Sams said.

The steps taken by Meridian Lawyers in investigating the complaints raised by the legal secretary could not be criticised, the Tribunal found, also noting that the mid-tier firm had a specialist employment and industrial relations team, and that the way the firm engaged with the complaints and communicated with the complainant demonstrated a thorough and impeccable adherence to procedural fairness.