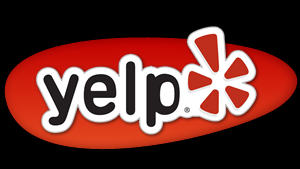 The online reviews for law firms have been of growing importance, but so too is the credibility of those websites who carry them.  Now Yelp have gotten tough with businesses posting fake reviews and is suing a small San Diego bankruptcy law firm alleging that it had false reviews on its site.

The suit, filed late last month in the Superior Court of California in San Francisco, claims that employees of the law firm posed as actual clients on Yelp with the intention of boosting the firm’s profile, reports The Consumerist.

It alleges that one employee, who used an e-mail address associated with the firm’s website to register his account, wrote a two word review in Sept. 2010, saying only that the firm “Exceeded expectations” and giving it a five-star rating.

A former office manager for the firm is alleged to have created a profile specifically for the purpose of writing a five-star review that raved about the helpful staff, and how the firm provided a “pain-free bankruptcy experience.”

“I am now back on my feet again financially thanks to the firm,” concludes the review.

This same employee is also believed to have written posts raving about how the firm helped her through her dire financial straits, though Yelp could find no record of her ever filing for bankruptcy.

A woman who would later marry one of the attorneys at the firm also wrote a glowing, five-star review. And, according to the lawsuit, the firm posted four positive reviews — using four new accounts — from a computer within its office in the span of one hour.

The firm is also accused of colluding with other San Diego firms to write nice things about each other on Yelp.

In April 2012, Yelp alleges that a lawyer at a nearby firm registered using a fake name, but his real e-mail address, and wrote a review of the accused firm, saying it “seriously rocks.”

That same day, another San Diego attorney wrote a review about the firm’s lead attorney, saying he “puts the smack down on creditor harassment right away.”

This behavior, claims Yelp, “exemplifies the behavior that Yelp combats daily through its algorithms and investigations — the planting of fake reviews intended to sway potential clients with false testimonials. The [law firm]‘s efforts to mislead consumers are particularly brazen and disappointing given that they have targeted some of the most vulnerable consumers of all — individuals who may be facing bankruptcy and who are looking for potential legal representation.”

Ars Technica spoke to the head of the firm accused of the fake reviews.

“It has no merit,” he told Ars. “I assure you I never asked anyone to do that.”

In what may or may not be a coincidence, this firm also happened to be the one that sued Yelp in small claims court, alleging that Yelp unfairly favors businesses that advertise on the site. Earlier this year, a court ruled in favor of the firm, but Yelp appealed and the case has been ordered to arbitration.

A rep for Yelp says this lawsuit is “completely separate from the small claims court case,” but the lawyer contends it has everything to do with his case.

“They’ve complained about these reviews that date back to 2010 that were immediately removed from my page by Yelp, and subsequent to that they seek me out as an advertiser in 2012?” he explains to Ars. “If I’m so damaging to them why didn’t they just remove me? It’s lose-lose — like most litigation — for both of us. They’re trying to drag my name through the mud. They really don’t seem to care, which tells me that the substance of my lawsuit, I must have really struck a nerve.”