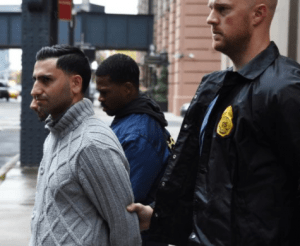 Charged Crimes Include a Murder-for-Hire Conspiracy, Plotting Robbery of Victims By Seducing and Drugging Them With Chloroform, Running  an Illicit Gambling Parlor, Theft of Approximately 10,000 Pounds Of Chocolate Confections
and Deploying Computer Applications To Cheat Casino Slot Machines

Of the charged defendants, 27 are associated with a nationwide racketeering enterprise led by RAZHDEN SHULAYA and ZURAB DZHANASHVILI and are charged in United States v. Razhden Shulaya, et al. (the “Shulaya Indictment”) and an accompanying superseding indictment, which has been assigned to U.S. District Judge Katherine B. Forrest. Of those defendants, 23 were taken into federal custody. 18 will be presented before U.S. Magistrate Judge Gabriel W. Gorenstein today. One defendant will be presented in the District of Nevada.  Three defendants will be presented in the Southern District of Florida.  DENIS SAVGIR, EREKLE KERESELIDZE, GIORGI LOMISHVILI, MAMUKA CHAGANAVA, and SEMYON SARAIDAROV remain at large. One defendant, TIMUR SUYUNOV, is currently detained in federal custody and will be brought to Manhattan federal court on a writ.

Two additional defendants are charged in United States v. Nikoloz Jikia, et al. (the “Marat-Uulu Complaint”), with conspiracy to commit murder-for-hire and with additional firearms offenses.  Of those defendants, one of whom is also charged in the Shulaya Indictment, both were taken into federal custody last evening and will be presented before Judge Gorenstein today.

Three additional defendants are charged in United States v. Alex Fishman, et al. (the “Fishman Indictment”), which has been assigned to U.S. District Judge Richard J. Sullivan.  Each of those three defendants was taken into federal custody today and will be presented before Judge Gorenstein this afternoon.

Finally, one additional defendant was charged in United States v. Sergey Gindinov (the “Gindinov Indictment”), which has been assigned to U.S. District Judge Alison J. Nathan.  GINDINOV was taken into federal custody today and will be presented this afternoon before Judge Gorenstein.

Acting Manhattan U.S. Attorney Joon H. Kim said:  “Today, we have charged 33 members and associates of a Russian organized crime syndicate allegedly engaging a panoply of crimes around the country.  The indictments include charges against the alleged head of this national criminal enterprise, one of the first federal racketeering charges ever brought against a Russian ‘vor.’  The dizzying array of criminal schemes committed against this organized crime syndicate allegedly include a murder-for-hire conspiracy, a plot to rob victims by seducing and drugging them with chloroform, the theft of cargo shipments containing over 10,000 pounds of chocolate, and a fraud on casino slot machines using electronic hacking devices.  Thanks to the remarkable interagency partnership of FBI, CBP, and NYPD, we have charged and arrested 33 defendants allegedly involved in this criminal enterprise.”

FBI Assistant Director-in-Charge William F. Sweeney Jr. said:  “The suspects in this case cast a wide net of criminal activity, aiming to make as much money as possible, all allegedly organized and run by a man who promised to protect them.  But that protection didn’t include escaping justice and being arrested by the agents and detectives on the FBI New York Eurasian Organized Crime Task Force.  Our partnerships with other FBI field offices, the NYPD and CBP allows us to do everything we can to go after criminals who don’t believe the law applies to them.”

Acting CBP New York Director Leon Hayward said:  “U.S. Customs and Border Protection is extremely proud to have assisted our federal partners in this operation.  It is through our interagency partnerships, and collaborative approaches like the one leading to today’s arrests, that law enforcement successfully combats modern criminal organizations.”

NYPD Commissioner James P. O’Neill said:  “The Thief-in-Law allegedly established an extensive cross country criminal enterprise from Brighton Beach to Las Vegas that engaged in bribes, gambling, and murder for hire.  Thanks to all whose work resulted in the arrest and indictment of 33 today.”

According to the allegations in the Indictments and Complaint unsealed today in Manhattan federal court:[1]

The Shulaya Enterprise was an organized criminal group operating under the direction and protection of RAZHDEN SHULAYA a/k/a “Brother,” a/k/a “Roma,” a “vor v zakonei” or “vor,” which are Russian phrases translated roughly as “thief-in-law” or “thief,” and which refer to an order of elite criminals from the former Soviet Union who receive tribute from other criminals, offer protection, and use their recognized status as vor to adjudicate disputes among lower-level criminals.  As a vor, SHULAYA had substantial influence in the criminal underworld and offered assistance to and protection of the members and associates of the Shulaya Enterprise.  Those members and associates, and SHULAYA himself, engaged in widespread criminal activities, including acts of violence, extortion, the operation of illegal gambling businesses, fraud on various casinos, identity theft, credit card frauds, and trafficking of large quantities of stolen goods.

SHULAYA, DZHANASHVILI, SUYUNOV, AFANASYEV, SAVGIR, HOVHANNISYAN, DAVYDOV, KERESELIDZE, and MITSELMAKHER are charged in Count Four of the Shulaya Indictment in connection with a conspiracy to create and use false identification documents.

SHULAYA, UBILAVA, UGLAVA, MELMAN, GABISONIA, and MAKASHVILI are also charged in Count Five with wire fraud in connection with their plot to defraud casinos through the use of electronic devices and software designed to predict the behavior of particular models of electronic “slot” machines, thereby removing the element of chance from play of those machines.

LOMISHVILI, MARAT-UULU, and PETRUSHYN are charged in Count Six of the Shulaya Indictment with narcotics conspiracy in connection with their efforts to sell cocaine and heroin.

LERNER is charged in Count Seven of the Shulaya Indictment with obstruction of justice for lying to the FBI about information LERNER provided the Shulaya Enterprise about the FBI’s investigation.

MARAT-UULU and JIKIA are charged in the Jikia Complaint with conspiring to commit a murder-for-hire, and with firearms offenses.

GINDINOV is charged in the Gindinov Indictment with conspiring to sell narcotics in Manhattan and Brooklyn.

ALEX FISHMAN, STEVEN FISHMAN, and MELNYK are charged in the Fishman Indictment with conspiring to transport and sell contraband cigarettes in Manhattan and Brooklyn.

A detailed chart with the defendants’ ages, residences, and maximum sentences are attached.

Mr. Kim praised the outstanding work of the FBI, including the Atlantic City, New York, Los Angeles, Las Vegas, and Miami offices, the CBP, the NYPD, and the St. Pierce, Florida, Field Office of Homeland Security Investigations for their investigative efforts and ongoing support and assistance with the case.

The prosecution of this case is being overseen by the Office’s Violent and Organized Crime Unit.  Assistant U.S. Attorneys Andrew C. Adams and Andrew Thomas are in charge of the case.

The charges contained in the Indictments and Complaint are merely accusations, and the defendants are presumed innocent unless and until proven guilty. 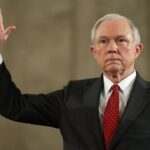