A lawyer with her own Wikipedia page, Stacey Shortall is more than just a capable commercial lawyer, but one of the women who has taken a key lead in charitable and women-in-law leadership roles.

Stacey Shortall’s chartiable organisation “Who Did You Help Today?” originated from her work while working as a commercial litigator in New York.

Since returning to New Zealand she has been involved in a key project called Mothers Project which connects volunteer lawyers with imprisoned mothers to provide assistance in maintaining family ties and attachment to their children, provide legal information and act as role models. The project is run in all 3 women’s prisons and there are currently around 110 female lawyers on the roster to help thewomen.

The initiative is particularly relevant as the current Government works to reduce prison numbers in New Zealand from being some of the highest in the OECD.  Also, of relevance is the Department of Corrections has acknowledged the work by Stacey & her volunteer lawyers in their Women’s Strategy 2017 – 2021. 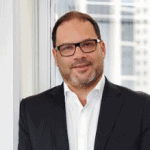