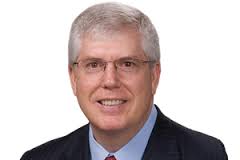 Of all the thing a law firm can do to publicise itself, being labelled a “Hate Group” is not exactly number one on the marketing list.

However, for law firm representing Kim Davis, Liberty Counsel, has been so-labelled by the Southern Poverty Law Center (SPLC), a job the group has been doing since the 1980s and have identified groups like the KKK and Family Research Council as part of the group of “nasties” identified by the Center.

So far as Liberty Counsel is concerned the reasons for the grouping are because the firm has repeatedly disseminated misinformation, rumor, and lies to defame the LGBT community in behalf of their client, Kim Davis.

But the law firm is not taking this lying down, notwithstanding some inflammatory comments made on the record, such as Davis lawyer Matt Staver’s comments in August that compared Equal Marriage to sodomizing children.

“To force someone like that to give a license for something that will legalize, that will put a stamp of approval on something that is absolute rebellion against God, sinful, then that is a direct collision of unprecedented magnitude,” he said.

Staver, a former Seventh Day Adventist pastor, said that making Davis issue same-sex marriage licenses was equal to forcing her to “grant a license to engage in pornography, to grant a license to sodomize children or something of that nature.”

Further, Right Wing Watch have put together a list of 10 further examples where Staver makes truly horrific comments about LGBT people. They include labeling gay people “demonic,” calling for a total ban on homosexuality, portraying gay people as child molesters, comparing gay people to terrorists, and demanding that only heterosexual people should hold public office.

Religious battles are dangerous ground for lawyers at the best of times – but becoming entangled in a high profile dispute and sounding off with inflammatory commentary is not necessarily a tactic designed to win the minds of anyone other than the zealots and bigots in your own corner. There again, maybe that’s the idea.

Here are 5 statements from Matt Staver that can explain how Liberty Counsel made the Hate List:

2.  ”Nothing has been resolved,” Staver said today, vowing Davis would return to work this week but not violate her conscience.

4.  Staver compared advocating for LGBT rights to “the bidding of the devil,” or called us “homofacists” who are such a threat to Christians as to be comparable to “dealing with terrorists.”

5.  Marriage equality means kindergartners will be encouraged to experiment with same-sex relationships, according to Staver. 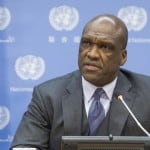 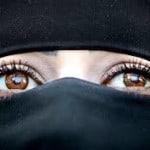