Now the HuffPost’s Alex Simon, co-editor of the Hollywood Interview.com and a screenwriter himself, has written a ‘Brief History’ of lawyers in movies – pun intended, evidently.

And who should lead the array in this legal-movie history list but of course the lawyer who is about to reappear in the long-lost manuscript from writer Harper Lee, Atticus Finch from “To Kill a Mocking Bird”

Personally, we think “The Verdict” with Paul Newman and written by Boston lawyer Barry Reed should be number one, but that’s just us.

Gregory Peck’s Atticus Finch became the boilerplate for the Noble Movie Lawyer in this iconic, 1962 adaptation of Harper Lee’s award-winning novel. Atticus Finch, a small town attorney in the Depression-era South, must defend a black man (Brock Peters) falsely accused of raping a white woman, causing the already-divided town’s racial tensions to boil over. Through it all, Atticus remains stoic, fair and principled, witnessed through the eyes of his precocious daughter, Scout (Mary Badham). Robert Mulligan’s film won three Academy Awards, including a Best Actor statuette for Peck, and remains a timeless classic.

Rubber-faced comic Jim Carrey brought his unique brand of comic genius to this riotous 1997 comedy with Carrey delivering one of his best turns as a shifty, opportunistic and very successful lawyer whose moral ambiguity would put most hardened criminals to shame. But when his young son makes a birthday wish that his father can’t tell a lie for 24 hours, his way of life comes crashing down around him. Carrey’s character literally travels the entire arc of bad guy to good guy lawyer during his revelatory rollercoaster ride, although his transformation at the end left this viewer wishing for a bit more of the bad after the final fade out, as that incarnation was a great deal more fun.

After winning the 1990 Best Supporting Actor Oscar for his turn as psychotic hood Tommy De Vito in Martin Scorsese’s Goodfellas, Joe Pesci decided a change of pace was in order. His masterful comic turn as a Brooklyn con man who tries to pass himself off as an attorney ended up becoming one of Pesci’s most iconic turns. While trying to get his cousin (Ralph Macchio) and the cousin’s buddy off of a trumped up murder charge in the Deep South, Vinny and his gal pal Mona Lisa Vito (Oscar-winner Marisa Tomei) engage in some of the most pronounced culture clash and creative legal posturing in the history of film. Fred Gwynne is a hoot as the unctuous, old school presiding judge: “What is a ‘yute’?”

George Clooney gives one of his most compelling performances in writer-director Dan Gilroy’s drama about a “fixer” (Clooney) in a high-powered law firm who finds himself in a moral and professional quandary when a fellow attorney (Tom Wilkinson) in the firm has a breakdown while representing a chemical company that he knows is guilty in a multi-billion dollar class action lawsuit. As his carefully-manicured world starts figuratively (and literally) exploding around him, Clayton finds himself at a crossroads between life and death. Tilda Swinton took home an Oscar for her stunning turn as an amoral corporate counsel.

Director Sydney Pollack and screenwriters Robert Towne, David Rayfiel and David Rabe did this crackerjack adaptation of John Grisham’s best-selling novel about neophyte Harvard Law grad Mitch McDeere (Tom Cruise) who is made an offer he can’t refuse by a white-shoe Memphis law firm, only to find out that he’s unwittingly sold his soul to the mob. Gene Hackman is memorable as a burned-out lawyer at the firm who represents what Mitch (and any lawyer who loses his moral compass) could become if he doesn’t wake up and smell the corruption.

6.The Verdict (1982)
In a legendary career, this might contain Paul Newman’s finest performance. As Frank Galvin, a washed-up, alcoholic Boston attorney whose once promising career has collapsed into chasing ambulances, Newman is alternately riveting, repellent and heartbreaking. When a medical malpractice case comes Galvin’s way, the powers that be try to buy him and his clients off with a quick and easy settlement. Seeing a final chance at personal and professional redemption, Galvin takes the case to trial, facing off against a legendary fat cat attorney (the great James Mason), and a stack of odds that are decidedly against him. Jack Warden, Charlotte Rampling and Milo O’Shea are just a few of the fine actors offering excellent support in director Sidney Lumet’s masterpiece, penned by David Mamet from Barry Reed’s novel. 7. Primal Fear (1996)

A creative writing professor I had in college had a terrific analogy for stories about protagonists who think they’re in control during the duration of a story, only to have “a hammer come out of the sky and tap them on the head” in the end. This perfectly summarizes what happens to dapper, wealthy attorney Martin Vail (Richard Gere), Chicago’s most high-profile mouthpiece, in director Gregory Hoblit’s 1996 hit. When the Archbishop of the city is brutally murdered by a disturbed young man (Edward Norton, in his star-making debut) Martin eagerly takes on his defense, knowing he’ll have an open and shut case with an insanity plea. Oh Marty, you have no clue. Fine support from Laura Linney, John Mahoney, Alfre Woodard, Frances McDormand and Steven Bauer.

Writer Aaron Sorkin had his first bona fide hit with this Broadway smash, which he later adapted for director Rob Reiner to bring to the screen. Tom Cruise plays Daniel Kaffee, a navy JAG corps attorney who has never seen the inside of a courtroom. When he assigned the case of offending two Marines accused of killing one of their comrades, the young men claim they did it under orders from legendary marine Col. Nathan R. Jessup (Jack Nicholson, in one of his most iconic roles). One of the best courtroom dramas ever committed to film, Cruise’s character goes from being callow and indifferent to a full-blown crusader by the film’s now-legendary climax (“You can’t handle the truth!”). Fine support from Demi Moore, Kevin Bacon, Kiefer Sutherland and the late J.T. Walsh.

The most controversial mainstream release of its era, Otto Preminger’s courtroom drama stars Jimmy Stewart as a small town lawyer who finds his defense for client Lt. Frederick Manion (Ben Gazzara) becoming increasingly complicated. Accused of murdering a local bartender who he claims raped and beat up his wife Laura (Lee Remick), Stewart soon finds out that Laura has a reputation for promiscuity and Lt. Manion a notoriously violent temper. Wendell Mayes’ screenplay, based on John Voelker’s novel, contained frank dialogue for the late ’50s, such as “bitch”, “contraceptive”, “panties”, “penetration”, “rape”, “slut” and “sperm.” In fact, Stewart’s real-life father was so appalled that his son had appeared in such filth, he took out a full-page ad in his local paper, urging people not to see it! While quite tame by today’s standards, the film still boasts fine performances by an expert cast, and Stewart’s masterful portrayal of a seemingly mild-mannered fellow whose determination won’t be swayed once he’s made up his mind.

Okay, so it’s a TV series, not a movie, but it’s a TV series that’s better than 98% of the mainstream releases that are currently filling the multiplexes, so here it joins this auspicious list. Bob Odenkirk is a revelation, reprising his role from the iconic Breaking Bad as shifty lawyer Saul Goodman, featured here in a prequel to BB, tracing Saul’s evolution from small-time Cicero, IL. con artist Jimmy McGill, to the kind of attorney whose name and likeness adorns matchbook covers and bus stop benches. As much a dissection (and indictment) of the American Dream as Breaking Bad was, with a character who is sometimes pathetic, often unintentionally comical, but utterly human in the end: an everyman for the 21st century who is more like most of us really are, as opposed to whom we’d like to be. Michael McKean is Odenkirk’s equal, playing his long-suffering, successful older brother, a legendary Albuquerque lawyer who suffers from a host of psychological maladies, as is veteran actor Jonathan Banks, as ex-cop turned dirty tricks-for-hire covert op Mike Ehrmantraut. 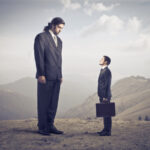 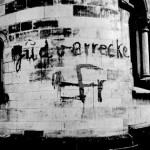