Seyfarth Shaw – With New York joining in last year, nearly half the country has laws permitting state residents to use marijuana for medical purposes, and a handful even permit recreational use. California led the movement when it passed the so-called “Compassionate Use Act” in 1996. At present, use and distribution of marijuana remain federal offenses, although unenforced per current U.S. Department of Justice policy.

The increasing accessibility of marijuana over the years, as well as its acceptance into mainstream culture, have led to serious misconceptions regarding its permissibility in the workplace. We offer here a few reminders to help clear up this this sometimes “hazy” area of California law.

The 411 on California’s “420” Laws. Employers have substantial rights with respect to keeping marijuana out of the workplace. California’s legislative endorsement of marijuana as a treatment option for certain conditions does not tie the hands of management if there is a positive test. However, marijuana-related arrests not leading to conviction and old convictions cannot be thrown into the pot when making hiring, firing and other employment decisions.

Proposed workplace solution. As marijuana use for medical purposes has become much more prevalent in California, this is an excellent time for employers to assess their written policies, job applications, background check procedures, and interview materials—especially nationwide companies using form documents—to ensure compliance with California law, where the grass is not always greener. 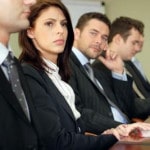