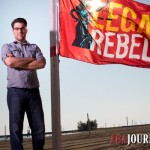 Legal education is the connection that seven out of 10 of the ABA Journal’s group of 2013 “Legal Rebels”, resulting largely from the disruptive innovations that technology has brought about.

The Journal is introducing its Rebels, who you can find at this link, together with their archive of 81 earlier nominated Rebels.
[wp_ad_camp_1]
Among the list is a law student creating a more visual form of law, another who links students with mentors about the world to help solve legal problems, a couple of professors who are intent on reinventing the law and more.

“If I was going to stand up in front of my students and really believe that having a legal degree and a career as a lawyer can be among the most fulfilling career choices a person can make,” says Michigan State University law professor Renee Newman Knake, “I needed to be doing something to make sure that would be true going forward for future generations of lawyers.”

So two years ago Knake co-founded Michigan State’s ReInvent Law Laboratory with fellow prof Daniel Martin Katz.Taking a page from Silicon Valley startups, the duo moved swiftly from an initial brainstorm lunch in summer 2011 to securing faculty support and outside funding in spring 2012.

They developed a core curriculum for students that responds to employers’ requests for specific jurisprudential skill sets in “pillar” areas of law, technology, design and delivery.

They’ve also pulled off a series of conferences drawing some of the top innovators in legal services—and seen some of their students hired right off the stage.“The part [of the legal profession] that is actually growing,” Katz says, “the Clearspires, the Axioms, legal process outsourcers and software companies—they need people with particular sets of skills, … who know the law, understand software and technology, and [know] how to mesh the two.”