New trust laws are coming into effect this week, with a major shift in trust law in New Zealand on the way.

With up to 500,000 trusts in New Zealand, the new changes will revolutionise the trust business in New Zealand, as LawFuel has previously reported. The benefits of trusts to minimise tax liability is largely redundant, legal experts say, although the other benefits relating to protection of personal assets and other matters largely remains.

The law on trusts has not altered for about 65 years, but most of the rules relating to trusts have been provided by the courts and some of that case law is what the new legislation will incorporate, although there are also some changes and new concepts that have been brought to the case law as well.

The requirements placed on trustees are higher and more onerous under the new law. Trustees cannot plead ignorance to the legal changes and their duties are formalised and set out in the new legislation. It has been a time when many trusts have been wound up and the question as to whether the trust is necessary at all has been placed under close examination.

The trustees have mandatory duties such as being aware of the trust deed, to act for the proper purposes of the trust and other matters.

The changes, which among other things make it easier for beneficiaries to both understand what they are entitled to and to also challenge the decision of trustees, has seen trustees reassessing and often removing themselves from trust responsibilities.

The new Trust Act provides a regime of compliance for all beneficiaries, including those who are not receiving any benefit from any trust. This new ‘transparency’ is something that some trust owners may prefer to keep private, but it will no longer be so and this in turn creates important issues for the trustees to understand and live with.

The new law also provides for legal challenges that could see trustees removed from their trusteeship duties.

Such a legal challenge may result in trustees being removed from their roles as the legal owners and managers of the trust’s assets.

==> Are Lawyers Ready For The Coming Trust Changes? 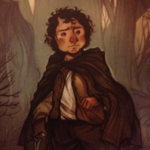 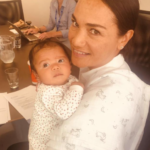