Keryn Broughton, (pictured above) barrister of New Plymouth, has been appointed a District Court Judge with Family Court jurisdiction to be based in Palmerston North.

Ms Broughton is of Ngā Rauru, Ngāti Ruanui and Ngāruahine descent. She was admitted in July 2004 and commenced her law career with Govett Quilliam in 2004 where she remained until 2010. She has been a barrister sole since 2010, practising exclusively in family law where she is lawyer for parties, Lawyer for Child, Lawyer to Assist the Court and Lawyer for Subject Person. Ms Broughton is active within the community, including as a board member of the TSB Community Trust from 2011 to 2019 and board member and later chair of the Taranaki Community Law Trust from 2005 to the present.

Judge Broughton will be sworn in on 24 February 2020 at New Plymouth District Court at 4:00pm.

Dominic Dravitzki, (right) a partner at Malley & Co in Christchurch, has been appointed a District Court Judge with Family Court jurisdiction to be based in Timaru.

Mr Dravitzki has practised in Christchurch throughout his career since his admission in November 1990. He commenced with Young Hunter, and has been an employee and partner of Malley & Co since 1996. He predominantly practises in family law, including as a senior Lawyer for Child and in Hague Convention matters. Mr Dravitzki has had extensive New Zealand Law Society involvement with the Family Law Section and is currently a Lawyers Standards Committee convenor. He has also had extensive community involvement, particularly in the education sector and as a long-term volunteer for Community Law Canterbury.

Judge Dravitzki will be sworn in on 2 March 2020 at Christchurch District Court at 4:00pm.

Kevin Muir, a partner with Auckland law firm Morgan Coakle, has been appointed a District Court Judge with Family Court jurisdiction to be based in Auckland.

Admitted as a barrister and solicitor in June 1988, Mr Muir commenced with Morgan Coakle as a litigation lawyer in 1989. He was made an associate in 1993 and a partner in 1996. He is the firm’s senior family law and employment law partner. He has extensive experience in family litigation, particularly relationship property and care of children issues as well as civil litigation, appearing usually as leading counsel before the Family Court, District Court, High Court or Court of Appeal. Mr Muir has previously appeared in criminal matters and has extensive experience in employment law, insurance law and civil litigation.

Denise Wallwork, barrister of Auckland, has been appointed a District Court Judge with jury jurisdiction to be based on the North Shore.

Ms Wallwork is of Samoan ancestry with over 30 years’ experience as a criminal lawyer since her admission in February 1988. She has been head of chambers at Liberty Law Chambers since 2010. She has extensive criminal trial experience in South Auckland and is approved as a legal aid provider for all categories. She has been a barrister sole since 2001.

Peter Winter, barrister of Auckland, has been appointed a District Court Judge with jury jurisdiction to be based in Auckland.

Mr Winter was admitted to the Bar in February 1980. In the early part of his career he worked for firms in Melbourne, Auckland and London before becoming a founding member of Hobson Chambers (formerly Ponsonby Chambers) in 1989. He is a past President of the Criminal Bar Association and has contributed to the profession in various ways at both district and national levels.

Mr Winter has practised as a barrister sole since 1989, specialising in criminal law at all levels with an emphasis on serious crime.

Mr Parker has said the remaining two judges will be named later in 2020. 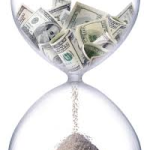